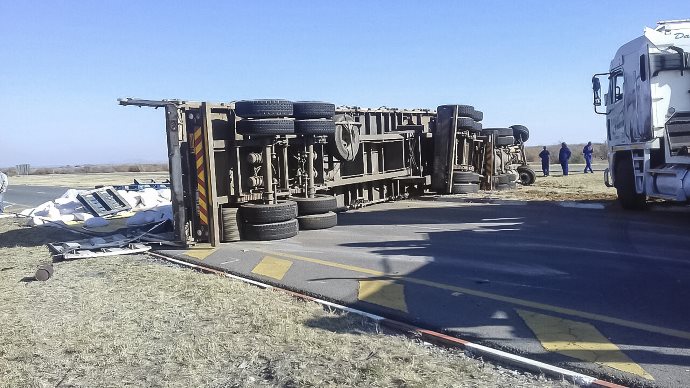 On Thursday late in the afternoon a truck collided with a bakkie on R73 between Welkom and Virginia.

Netcare 911 paramedics responded to the accident. Reports from the scene indicate that a bakkie and a heavy goods truck collided, exact detail to the cause of the collision however will remain a subject for police comment.

Netcare 911 paramedics arrived at the scene and found that both vehicles had overturned, their wreckages was spread across the roadway. After the injured were examined medics found that three men, one from the bakkie and two from the truck escaped with minor injuries.

The injured were treated at the scene before medics transported them to a nearby hospital for further medics care.

Namibia – A Namibian Traffic official is in trouble with the law…