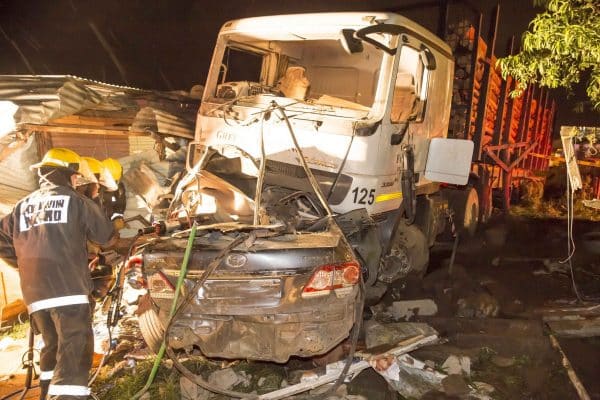 Four men have tragically lost their lives after the car they were travelling in collided with a truck.

The accident happened on Saturday night around 21h00 along R603 near Winkelspruit on the KZN south caost. The truck fully loaded with timber collided with the sedan and dragged it along for about 100m through an informal settlement before it came to halt.

According to Netcare 911’s Chris Botha the paramedics arrived to see three men from the car had already died and the fourth one died before he could be removed from the wreckage.

The truck driver sustained minor injuries and was treated on the scene.

The cause of the accident is still subject of authorities investigation and comment.