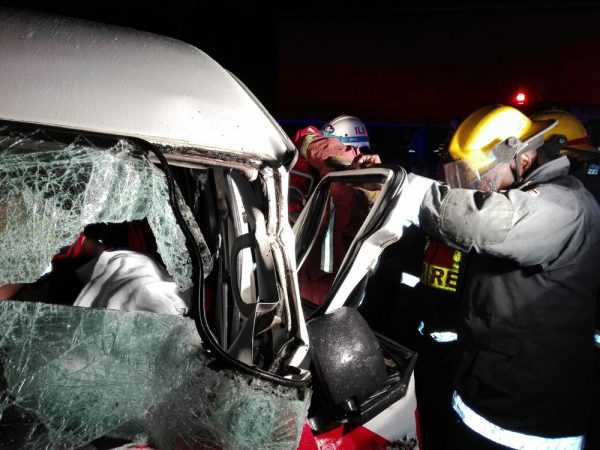 13 people, including a child believed to be about three years old, were injured in a collision between a truck and a taxi on the N3 close to the Cato Ridge off ramp on Monday evening.

ER24 paramedics as well as other services arrived on scene and found both vehicles in the centre medium of the road.

One patient was found trapped in the taxi. Fire and Rescue as well as ER24 paramedics extricated the man from the vehicle.

Upon assessment it was found that he sustained moderate injuries.

All other patients sustained minor injuries.

All patients were treated and transported to hospital for further medical care.

The exact cause of the incident is unknown.

Authorities were on scene for further investigations.

Cows on the N3 between Pinetown and Pietermaritzburg is a serious problem.…