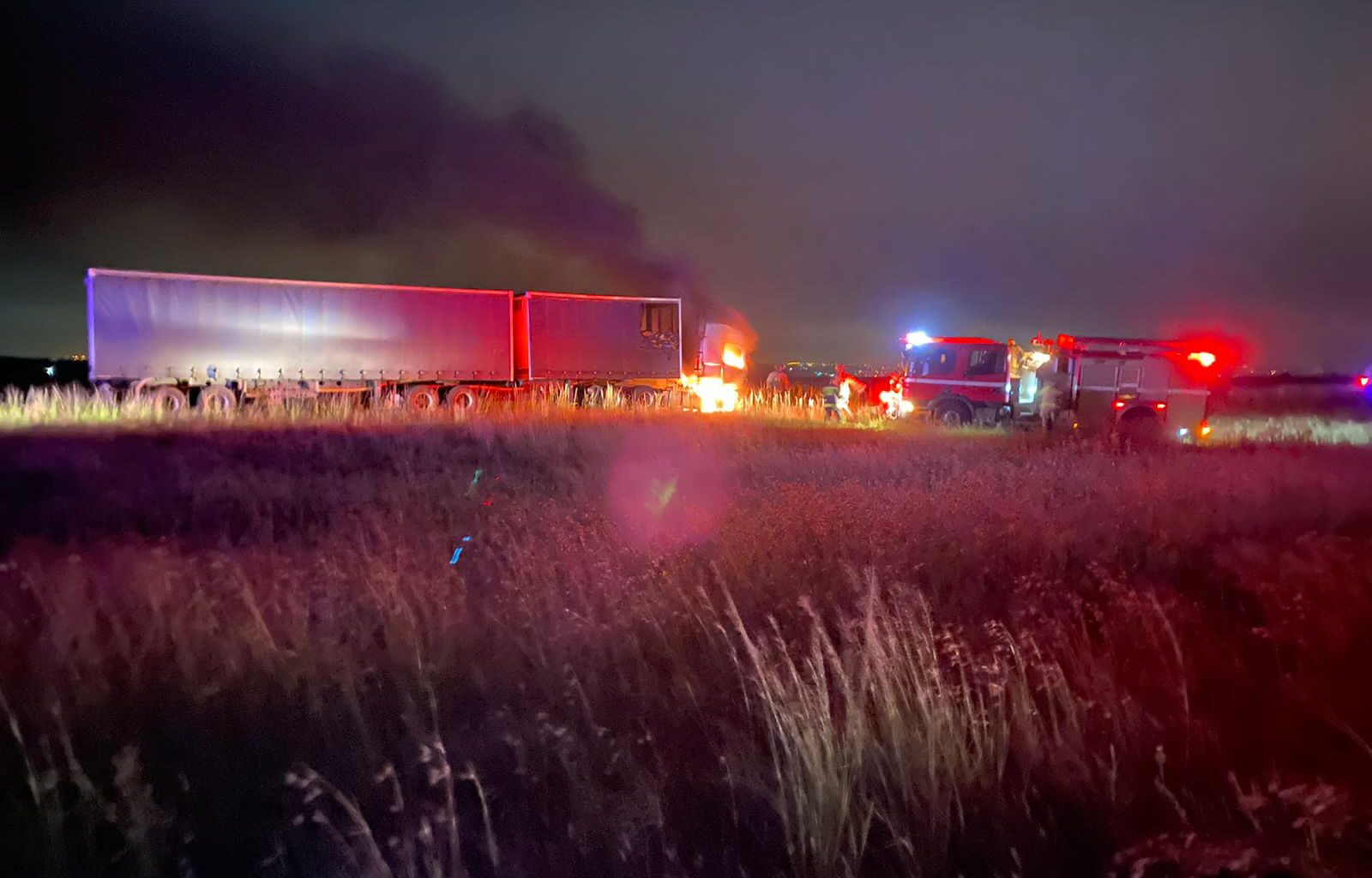 Two trucks were burned on the R59 highway between R550 Randvaal and Kliprivier off ramps on Thursday night just before midnight.

One of the drivers whose truck was torched told SA Trucker that five armed men forced him to stop as he approached the R59 offramp.

He saw lights and at first thought it might be an accident. The driver and assistant managed to run away and hide in the bush.

As they ran away, his truck was set alight. Another 4 trucks were apparently torched at the same scene.

R59 Northbound is closed between the R550 Heideleberg exit and Klipriver Drive due to the truck attack incident.