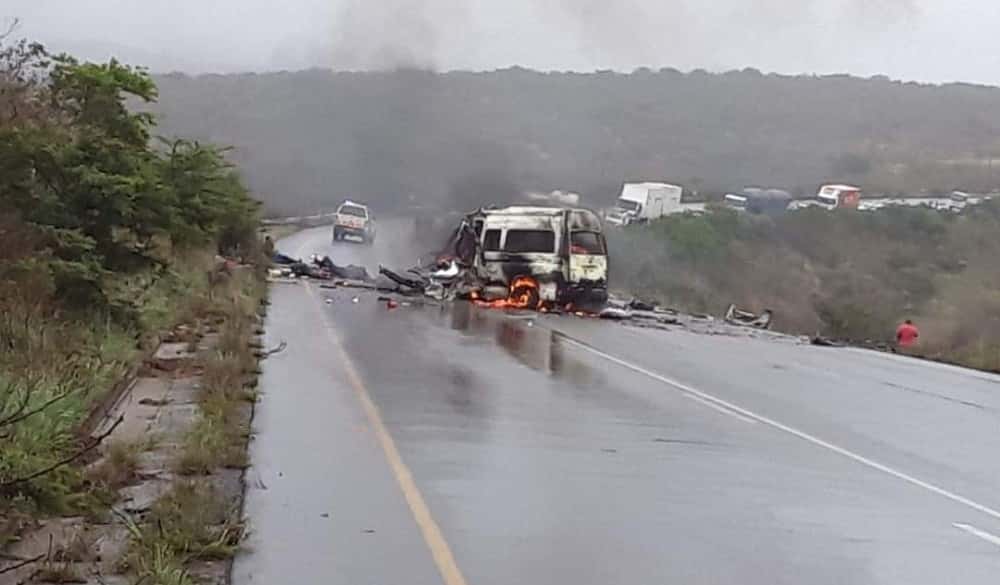 Thirteen people have been killed while four others are in a critical state in a horrific crash between a truck and a taxi on the R66 Mthonjaneni pass in northern KwaZulu-Natal.

Lucky Sibisi of KwaZulu Private Ambulance said the accident happened at around 8h30 on Wednesday.

“Thirteen people have been killed, including an unborn baby who came out of the mother due to the impact of the collision. Four others have been critically injured. At least three of the taxi passengers were burnt beyond recognition,” Sibibi said.

Sibisi said the taxi was reportedly heading for Durban from Nongoma while the truck had been traveling towards Vryheid from Melmoth.

The truck driver also died in the crash.

This is the second recent major accident in the province.

Two weeks ago 13 members of the Mndali family lost their lives in a taxi crash in the Kilmun area of the KwaZulu-Natal Midlands.

The relatives had all been returning from a traditional ceremony at the time.

They were laid to rest on Saturday.