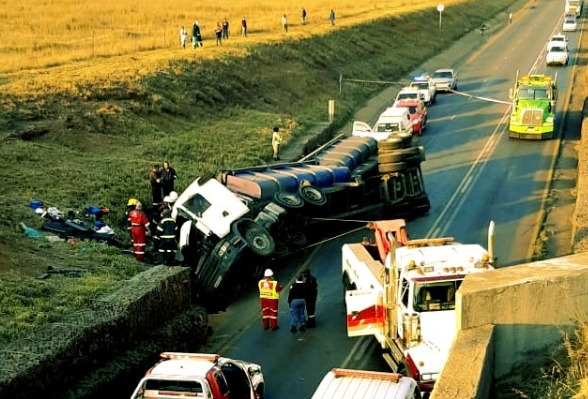 A truck driver was left critically injured after his truck overturned on Friday afternoon on R555 just 10km outside Middleburg, Mpumalanga.

ER24 paramedics, along with several other services, arrived on the scene at 14h30 to find the truck leaning over on the side of the embankment.

The trucker, believed to be in his 30s, was found lying trapped inside the cab of the truck in a critical condition.

Rescue Services had to use specialised equipment to free the man from the cab, an operation which lasted over 2 hours.

Once freed, medics treated the man and provided him with several advanced life support interventions before he was transported to Witbank Provincial Hospital for urgent care.