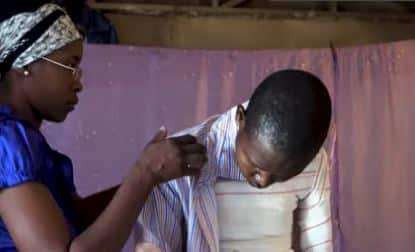 Durban – After eight months of suffering from burns wounds sustained during a petrol bomb attack during the South African truck driver violence, Ronias Tawengwa has sadly passed on.

Tawengwa, who was a Zimbabwean truck driver based in Durban, was attacked in his truck while sleeping next to Southway Depot on the night of 27 April 2019.

He sustained third-degree burn wounds to almost half of his body while his truck was completely destroyed in the inferno.

Tawengwa was in and out of the hospital several times since he never fully recovered from the injuries he sustained in the attack.

His wife, Thavisile told SA Trucker about a month ago that the family was struggling financially since she was not employed and Tawengwa needed to be taken to the hospital every now and then to change the dressing on the wounds.

Due to financial problems, Tawengwa’s funeral policy lapsed, “I don’t know where to start because we were already struggling and now I have to take his body home without the help of his insurance,” she told SA Trucker, struggling to hold her tears back.

Fellow truckers have started raising funds to repatriate his remains to his home country.

Those who wish to help can contact SA Trucker and be led to the deceased’s wife.