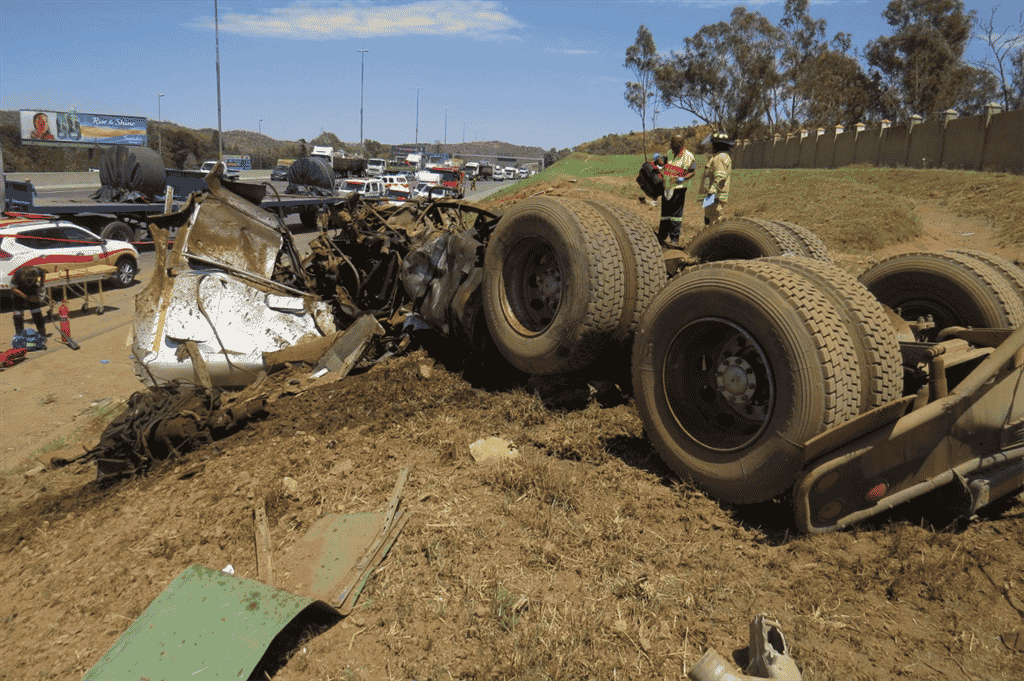 A truck driver was killed when three trucks collided in Alberton on Monday morning.

Ekurhuleni Emergency Services spokesperson William Ntladi said another truck driver was hospitalised, while a third and his crew escaped unscathed.

Ntladi added the crash took place on the N12 east-bound, between the Reading interchange and Voortrekker off-ramp in Alberton, Ekurhuleni, on Monday morning.

“Rescue teams from both the Alberton and Thokoza fire stations swiftly responded to the scene after receiving the call at 10:50. On arrival, one of the three trucks was on its roof, with the driver still trapped behind the steering wheel.

“Rescue team and paramedics removed him from the wreck by using the ‘Jaws-of-Life’. Pre-hospital medical treatment was given prior to transportation to Union Hospital in Alberton for further medical care,” said Ntladi.

He added another man, believed to be the driver of one the trucks, was lying motionless on the ground next to the truck.

“Unfortunately, he was declared dead after an unsuccessful attempt to resuscitate him. Two crew members from the third truck escaped without injuries and with minimal damage to their vehicle. Four lanes out of five on the freeway had to be closed for traffic flow for the duration of the rescue and recovery operation.

“The cause of the crash is still a subject of investigations by traffic officers,” Ntladi said.