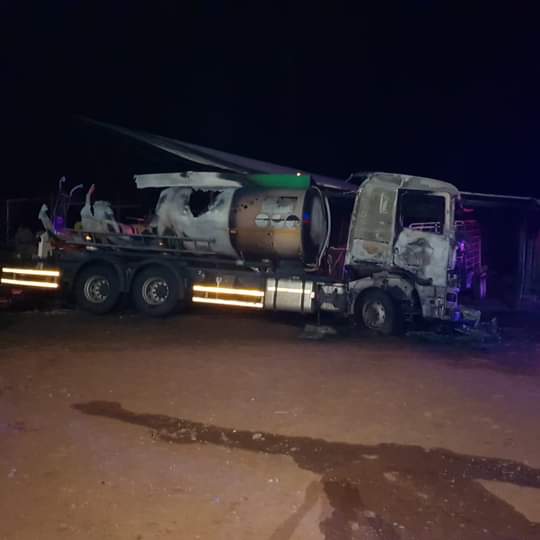 A 53-year-old tanker trucker has been seriously burned when his petrol tanker caught fire while unloading at a farm near Vereeniging last night.

“By the time our ALS paramedics arrived on the scene at 19:16, the tanker had already been extinguished by Midvaal Fire Department and the patient was being treated in one of our ambulances,” reported ER24

“The patient had suffered serious burn wounds to various parts of his body and required Advanced Life Support interventions to stabilise his condition before being transported to Vereeniging Mediclinic for further care.

The Midvaal Fire investigators were also on the scene for further investigations.