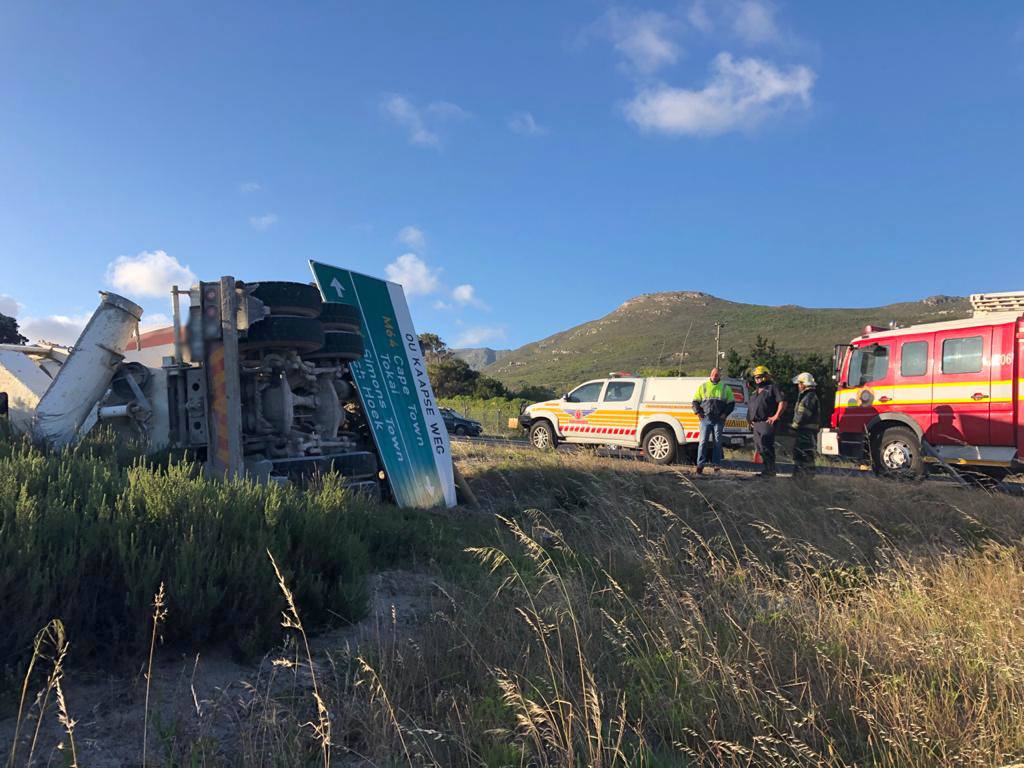 A truck driver was seriously injured when his truck rolled at the corner of Ou Kaapse Weg and Silvermine Road outside Cape Town yesterday.

On arrival on the scene, we found a cement lorry had left the roadway and rolled.

The driver of the vehicle was treated on scene and was transported to a local Cape Town hospital.

A truck driver, a motorist and four pedestrians, have been killed in…