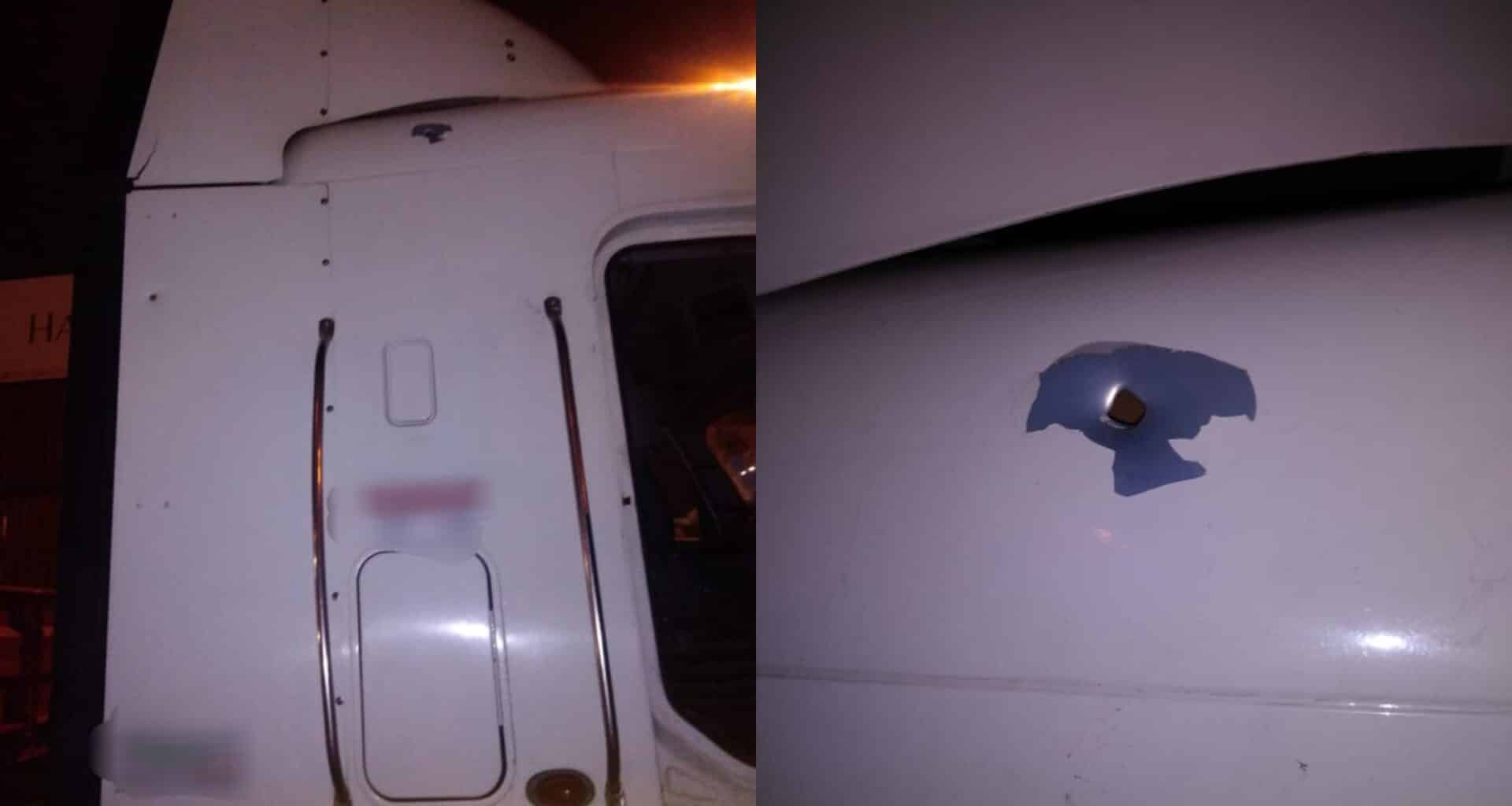 Two robbers from Mooi River are forced to take a break from terrorising truck drivers on the N3 near the toll gate after surviving gunfire from their intended victim.

An SA Trucker, who chose to be anonymous, told SA Trucker that he almost ended up at the receiving end of the shots intended for the robbers as the bullets hit his truck.

“Around 22h00 on Thursday night as I approached Mooi River tollgate from Joburg side, I saw two men in dark clothes dart to the other side of the road where two trucks stood, one behind the other,”

“The two men went straight for a man who was relieving himself next to his truck but they quickly turned back running away,”

“I heard gunshots as one of the suspects fled the scene passing just a few metres from my truck, some of the bullets hit my truck in the process,” said the trucker.

He said that the suspect escaped and disappeared into the darkness of the night towards the residential area near the tollgate.

Unconfirmed reports suggest that the other robber was shot dead this, however, could not be immediately confirmed.

When the trucker found a safe place to stop he inspected his truck and discovered that his cab was hit with two bullets.

One hit on the aero kit while the other one hit the side of the cab roof as shown in the pictures below. The truck driver was not injured.

However, it looks like the suspects pounced at the time when the police were changing shifts.

Lt Col Reitz’s promise came after ATDF ASA submitted a memorandum of demands to his station. Drivers demanded safety measures at the Mooi River tollgate where many drivers have fallen victim to robbers.

It’s believed that the robbers hide in the darkness of the night and attack drivers when they stop for recess.

A few cases gave also been reported where truck drivers were attacked during the day.

A truck driver has been brutally murdered on N11 in Ermelo, Mpumalanga…