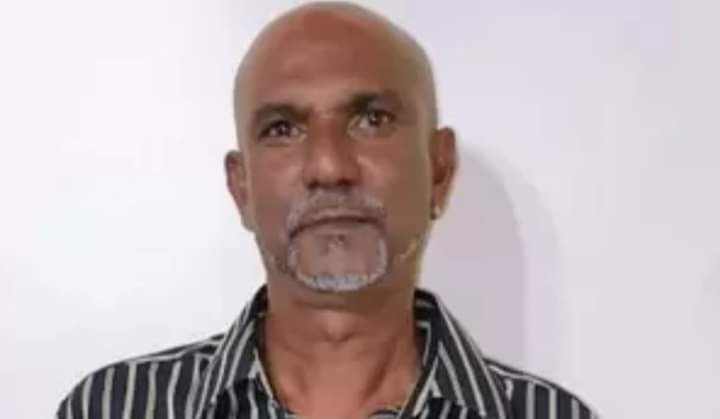 KZN Police have launched a manhunt after a trucker was shot dead in his truck on the N3 freeway in KwaZulu-Natal.

60-year-old Ronnie Govender from Phoenix, was shot execution style in his mouth in Estcourt at the Midway offramp.

The motive for the attack is unknown.

KZN police spokesperson Thembeka Mbhele confirmed that they were still investigating and no arrests had been made.

The father of two worked as a long-distance truck driver for Visham Clothing in Durban.

Govender was attacked while on his way to deliver goods to Lesotho on February 24.

His brother-in-law, Dave Pramraj, who is also a truck driver, accompanied him in another vehicle.

Govender’s brother, Dennis, said Pramraj was about 20km ahead of Govender.

“At 10.47pm, he contacted my brother to find out where he was. Ronnie told him he was heading towards Estcourt. A few minutes later, Dave tried calling my brother again but there was no answer.”

He said motorists heard gunshots on the N3 freeway and informed staff at a nearby garage.

They contacted the police, who then notified the owner of the company that Govender had been killed.

“Dave, who’d been trying to call Ronnie, was told what happened and called me at 3.30am on the Tuesday to tell me what happened.”

He said he believed the attackers flagged Govender down to stop the truck, before shooting and stabbing him.

“His body was lying next to the truck. Only his cellphone and wallet were missing.”

Dennis said their mother, and Govender’s wife, Sharon, children and grandchildren were struggling to come to terms with their loss.

“What happened is not fair. We want justice.”

Vijay Harichand, the owner of Visham Clothing, said Govender worked for the company for about three years.

“He was an excellent man, a father figure to all of us. He lived with integrity and was a mentor to younger employees. Our team and customers are in mourning. We are distraught. It’s difficult to accept that he was taken from us in such a tragic manner.”

A Durban trucker was hijacked on Saturday afternoon allegedly by five men…
There are thieves all around us that’s certain, but to know that…

This website uses cookies to improve your experience while you navigate through the website. Out of these, the cookies that are categorized as necessary are stored on your browser as they are essential for the working of basic functionalities of the website. We also use third-party cookies that help us analyze and understand how you use this website. These cookies will be stored in your browser only with your consent. You also have the option to opt-out of these cookies. But opting out of some of these cookies may affect your browsing experience.
Necessary Always Enabled
Necessary cookies are absolutely essential for the website to function properly. These cookies ensure basic functionalities and security features of the website, anonymously.
Functional
Functional cookies help to perform certain functionalities like sharing the content of the website on social media platforms, collect feedbacks, and other third-party features.
Performance
Performance cookies are used to understand and analyze the key performance indexes of the website which helps in delivering a better user experience for the visitors.
Analytics
Analytical cookies are used to understand how visitors interact with the website. These cookies help provide information on metrics the number of visitors, bounce rate, traffic source, etc.
Advertisement
Advertisement cookies are used to provide visitors with relevant ads and marketing campaigns. These cookies track visitors across websites and collect information to provide customized ads.
Others
Other uncategorized cookies are those that are being analyzed and have not been classified into a category as yet.
SAVE & ACCEPT
Total
2K
Share
2K
0
0
0
0