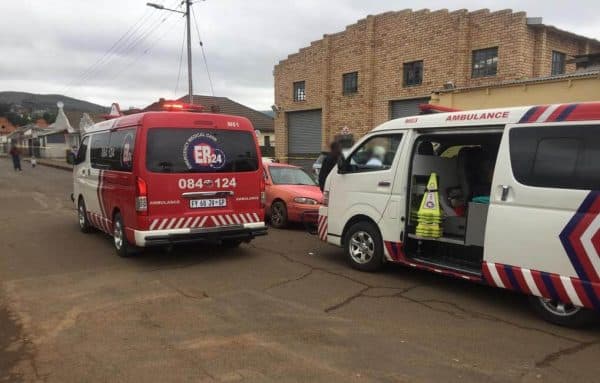 Durban – A 37-year-old man has died after being shot once in the chest outside a tavern in Railway Street, Pietermaritzburg this afternoon.

The man’s identity is known to SA Trucker but cannot be revealed until his next of kin is informed.

ER24 Paramedics arrived on the scene at 13:25 to find the patient face down on the pavement in front of a tavern.

He was rolled over and found to have suffered a gunshot wound to the upper left chest and wasn’t breathing, but still had a pulse.

He was declared dead on the scene.

The exact circumstances surrounding the incident are unknown to ER24, but the South African Police Services were on scene for further investigations.