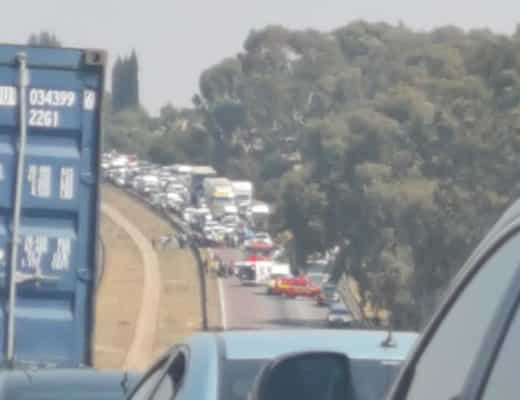 A fatal accident involving three trucks on the N14 in Centurion resulted in severe traffic congestion on Friday afternoon.

The N14 North had to be completely closed this afternoon and traffic was diverted after the accident near Jean Avenue.

Authorities at the scene said it would take hours to clean up the scene and restore the flow of traffic.

According to Mabaso, one truck towed another truck when the cable broke between the two trucks.

The truck stopped and two men tried to get the rear truck hooked up again.

At that moment, a third truck collided with the second truck from behind.

“The two men who tried to repair the cable died instantly. The driver of the third truck died of his injuries while the rescue services were cutting him from the wreckage of the vehicle, ”Mabaso said.

He said two more people were injured, one of whom was believed to be in critical condition, and they were rushed to Unitas Hospital.

According to social media information, the accident caused traffic on the N14 to accumulate severely, as motorists from the Brakfontein interchange cannot get onto the highway and have to use alternative routes.