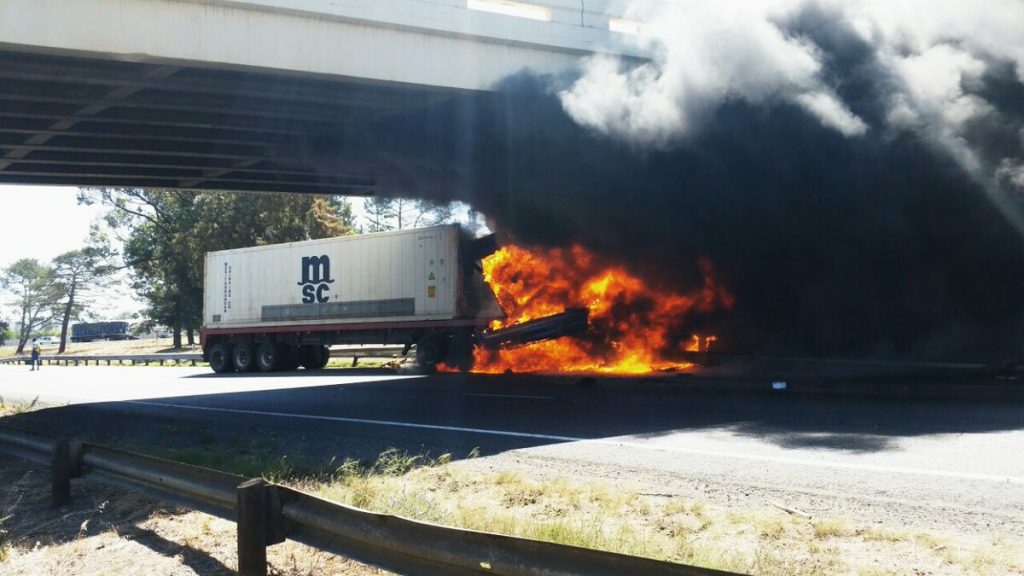 CAPE TOWN – A driver of a truck died an agony after his vehicle crashed and caught fire on the N1 near Joostenberg Vlakte outside Cape Town.

The truck crashed into the side of the bridge between Klapmuts and the Engen 1-Stop, causing it to burst into flames on Friday morning.

Motorists headed from Cape Town towards Paarl on the N1 encountered major delays while authorities attended to the scene.

Western Cape traffic Chief Kenny Africa said at the time that: “The driver is still trapped inside the truck and was burned beyond recognition. We closed the N1 just before Joostenberg Vlakte and tried to redirect traffic on the side, back to the N1 on the other side of the bridge.”