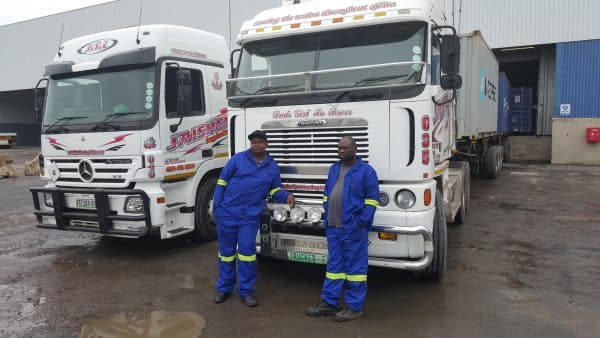 What would happen to South Africa if trucks stopped their service

Have you ever imagined a major catastrophe causing a massive transportation disruption that would stop trucks from running?
If yes, I am sure you have enough respect for a trucker but if you haven’t, reading further you will learn a thing or two.

Today in South Africa and every other country, we rely on the road transport system to provide what we need at the most convenient time and places. Many of us take for granted that there will always be enough goods at the grocery store and before it runs out another supply is always on the way but never give a second thought to how all of that gets there.

Well, the truth is that most of it is brought in by trucks, and if the trucks stopped running for some reason the entire country would rapidly devolve into chaos.

Within a day, in roughly this order, grocery stores would be out of dairy and other perishable items that are delivered many times a day.

And by the week, the shelves would be empty.

Hospitals, pharmacies, factories, and many other businesses also get several deliveries a day, and they’d be running out of stuff the first day.

And the second day, there’s panic and hoarding. Restaurants, pharmacies would close. ATM’s would be out of money. Construction stops. People start loosing jobs. Increasing enormous amounts of trash not getting picked up, tons of it a day. Service stations would be closed. Very few people would be working if they find a reason to. And the livestock would start to be hungry from lack of feed deliveries.

Within a week, clean water supplies would run out. Within two weeks to four weeks, there wouldn’t be coal delivered to power plants and electricity would start shutting down. And when that happens our few pipelines which have been supplying emergency fuel from the coast use electricity hence they will cease to work also.

There is so much infrastructure that we take for granted that would suddenly become very vulnerable in this type of scenario. There are countless numbers of workers out there that never get any glory that do the hard work of making sure life is easy for all. If they suddenly were not able to do their jobs, the consequences would be absolutely catastrophic.

Functional fire departments boast a fleet of trucks and without them there are obvious consequences, like whole neighbourhoods routinely burning to the ground, who’s going to put out veld fires that rock the Western Cape?

For most South Africans, a major national emergency of this magnitude may seem unimaginable right now but do we really have to imagine the worst to appreciate the vital role played by the trucker.

So what would you do if “normal life” suddenly came to an end and you no longer had access to food, water or power?

The next time you talk to a trucker, please thank them for their service, because without their hard work none of our lives would be possible.