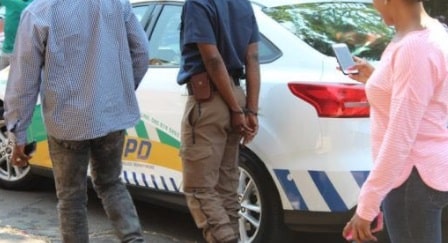 Pretoria – A Tshwane Metro Police Department (TMPD) officer is due to appear in the Pretoria regional court on Monday on a charge of corruption.

The officer allegedly demanded bribes of R400 from motorists for traffic violations.

The Road Traffic Management Corporation (RTMC) said its National Traffic Anti-Corruption Unit and the Hawks pounced on the 41-year-old suspect at an off-ramp on the R80.

TMPD officer is set to appear in the Pretoria regional court this morning on charges related to corruption.

It is alleged that he was demanding R400 bribes from motorists for violations of traffic regulations.