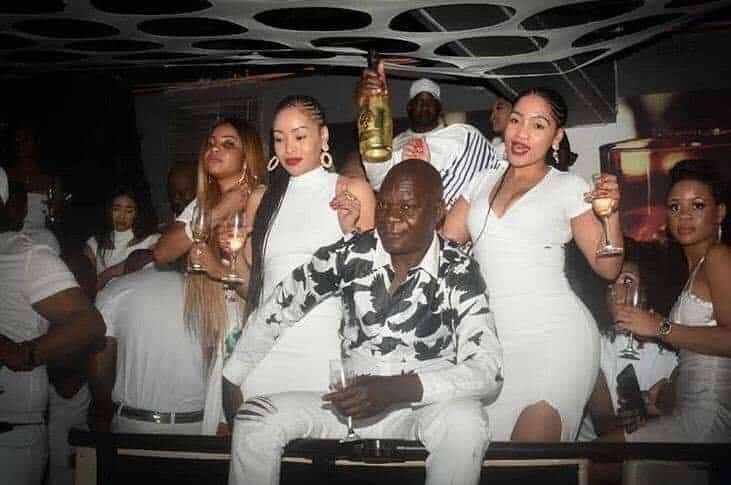 Roland Muchengwa, the ‘blesser’ in the viral video with some young girls in South Africa is a trending topic on popular social media platforms today. Apparently, Muchengwa is a wanted man for an attempted murder case dating back to 2015.

He allegedly badly beat up his then wife, Mitchell Kawome, a young attractive light-skinned lady and left her for dead.

As always the intrusive or rather investigative tweeps have been offloading Muchengwa’s dirty laundry on social media, and they have proof for it.

Nywe Nywe “Money can’t buy happiness!” Money makes the world go round and it can make a girl go down. #RolandMuchengwa pic.twitter.com/edT4H9L40a

Muchengwa has been revealed as a ‘wife basher’ and ‘fuel smuggler’ as reported on some news articles dating back to 2009.

Ronald Muchengwa is a shady fuel dealer who transports fuel to Zimbabwe. He once lied that he was sending it to DRC when it was going to Harare.

According to reports Roland Muchegwa who is 51 years of age is on the run from police in Zimbabwe following the savage attack on his ex-wife.

The Zimbabwean police described him as a very dangerous and violent man and should not be confronted or approached except by police officers.

Fast forward to today, Muchengwa has gone viral after a video of him with young girls surfaced online.

It’s not the dance moves but rather the age gap that has made people want to understand who really is Roland Muchegwa.

Recently another man, Sam Mshengu was trending on social media after he went to the Durban July with a 72 car convoy.

The spotlight shined too bright on him that investigations were initiated about his background.

Mshengu has since left social media leaving free advice to everyone that they should not bring their success to social media.

The Zimbabwean police have not yet commented on allegations on Muchegwa.