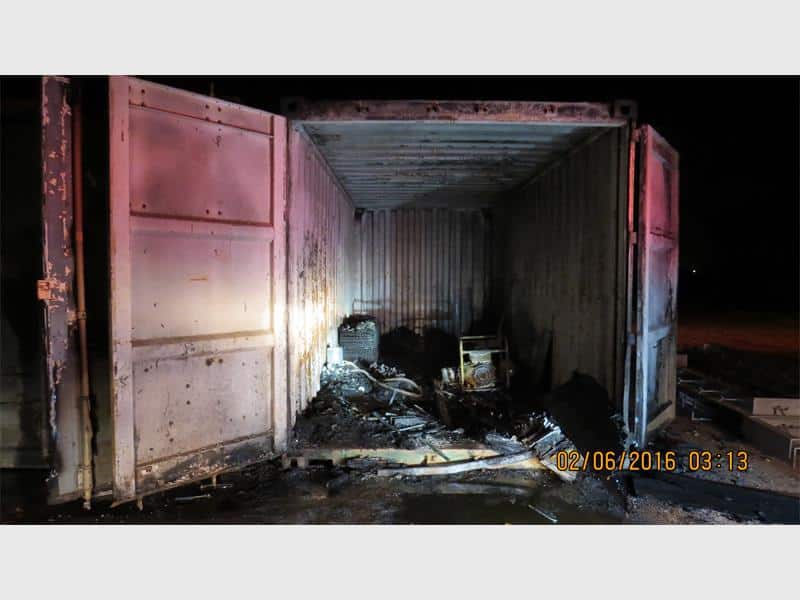 An inquest docket has been opened at the Kempton Park Police Station after two men were burnt to death in a container, with another man found in a critical condition a few meters away.

The incident took place on the corner of Elgin Street and Great North Road, in Pomona, on Thursday (June 2) morning.

Ekurhuleni Disaster and Emergency Management Services (DEMS) responded to a house fire call at around 1.30am but upon arrival, discovered it was a construction site.

After extinguishing the blaze, two bodies were found inside with their hands tied behind their backs; they were burnt beyond recognition.

“The man who was found alive a few meters away from the container has third degree burn wounds,” said Ntladi.

“He is critical and it seems like he was also in the container, but somehow managed to escape.”

The man was transported to the Tambo Memorial Hospital but DEMS officers were unable to speak to him due to his condition.

“He was medically treated on-scene for full thickness burn wounds by paramedics,” he said.

The scene was handed over to the police, who subsequently opened an inquest docket to probe the cause of the fire and deaths.