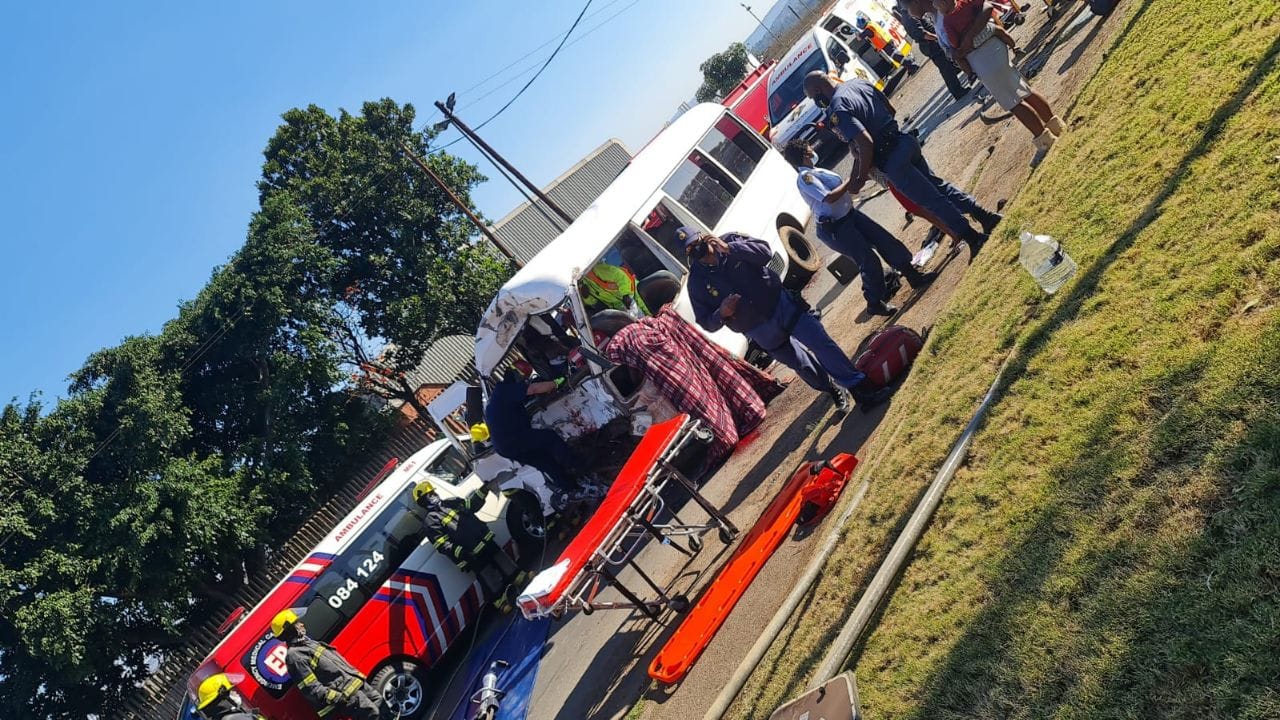 Pietermaritzburg – Two children have sadly died in a horrific crash between their school minibus taxi and a truck on Ohrtmann Road, in Pietermaritzburg on Monday afternoon.

The accident happened when the school minibus taxi was coming from schools in the Sobantu area going to Jika Joe informal settlement.

Two children were confirmed dead at the scene.

Parents and residents were crying and helping the paramedics carry children out of the minibus.

The paramedics were still trying to remove the driver of the minibus who was trapped inside the wreckage.

Some parents were looking for their children, crying that they couldn’t see them at the scene.

A father sat on the side of the road crying while more sobbing was heard from people at the scene and from injured children.

The truck driver was also injured and was being treated by the paramedics.

A man who works next to where the accident occurred said that they heard a loud bang and their lights flickered.

At least 15 children including both the truck and minibus driver were injured.

Two children have been killed in a horrific crash between a truck and a school minibus on Ohrtmann Road, in Pietermaritzburg on Monday afternoon.https://t.co/RKh6r6CMkq
via @rsa_trucker pic.twitter.com/sepbd1KXwb

6
Two men, believed to be tow truck crew, have been killed after…
A man in his 50s was left critically injured this afternoon when…