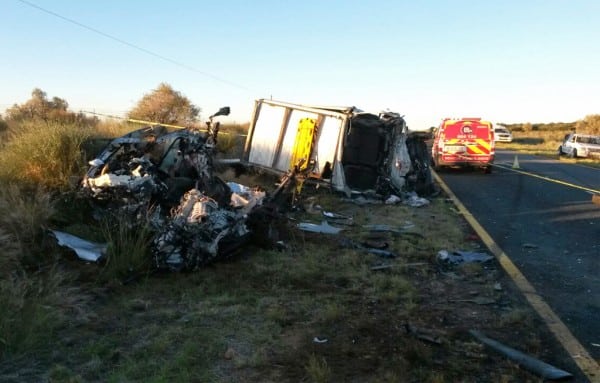 UPINGTON – Two people died and one other is in a critical condition following a collision on the N14 near Upington on Thursday afternoon.

The collision involved a panel van and a light motor vehicle.

ER24 reports that when paramedics arrived on scene they found that two people had sustained fatal injuries and were declared dead on the scene.

Paramedics found another patient trapped inside one of the vehicles.

The man was extricated with the help of rescue services, and found to have sustained critical injuries.

He was stabilised by ER24 paramedics and transported to Mediclinic Upington for further treatment.

The accident appears to have been a head-on collision, but the cause of the incident is still under investigation.