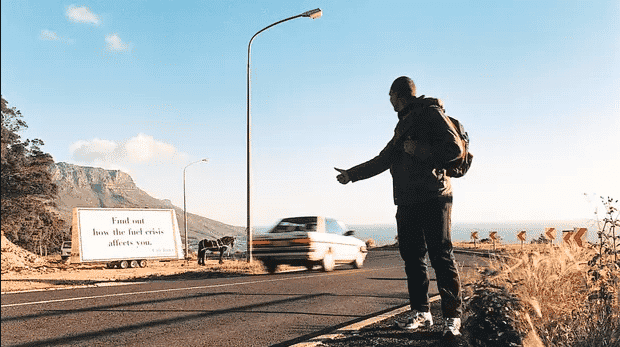 Two hitchhikers jump to their death after lift refuses to stop

The two are amongst five people who caught a lift with an unknown man but the driver refused to stop and the passengers jumped out of the speeding car.
Total
1
Shares
Share 1
Tweet 0
Pin it 0

Police in Maake outside Tzaneen are searching for the driver who failed to stop his vehicle when the five people he gave a lift to reached their destination, reports Polokwane Review.

Due to the driver failing to stop to let the hitchhikers out, all five jumped out of the speeding vehicle.

The incident took place in the early hours of Tuesday morning and resulted in the death of two people, while the other three sustained serious injuries.

The incident took place on the main road of Bismarck village after three men and two women caught a lift with an unknown man in a white Nissan double-cab bakkie with a canopy.

According to reports by police spokesperson Brig Motlafela Mojapelo the hitchhikers asked the driver who was speeding to stop when they reached their destination. He ignored their request and the five occupants decided to jump from the vehicle. The driver continued to drive on after the incident.

Police and medical emergency services were alerted to the incident. Two women, aged 26, were certified dead after suffering multiple injuries while the other three, aged between 19 and 21, were taken to the nearby hospital in critical conditions.

The two women have been identified as Kgomotso Moagi and Mmantjana Maimela, who were both from Bismark village.

Police have opened investigations into two counts of culpable homicide and the driver is still unknown to them.

Police ask anyone with information about the incident or with information which can lead to the arrest of the driver to contact Col Hanyane Mathebula at 082 414 3309, the Crime Stop number at 086 001 0111 or their nearest police station.