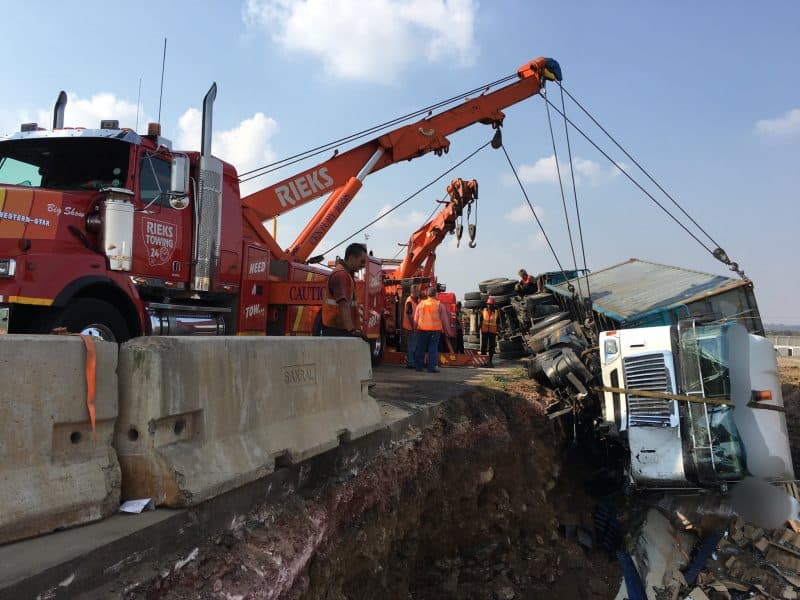 Two injured after their truck capsize

One person was severely injured and another sustained minor injuries when their truck capsized at the Doornpoort Toll Plaza on N4 West.
Their truck went off the road and landed on the side into a dug up area, a construction site. That part of the road is under construction and one mistake on the driver’s part would cause a serious accident.

Both the driver and his passenger were taken to the nearest hospital by the emergency services.

The cause of the accident has not yet been established, and the traffic police officials were on the scene doing initial investigations.

Traffic officials urged road users to be vigilant and always take a rest before they even feel exhausted.

If trucks could talk….. A Poem about man’s relationship to machine or…