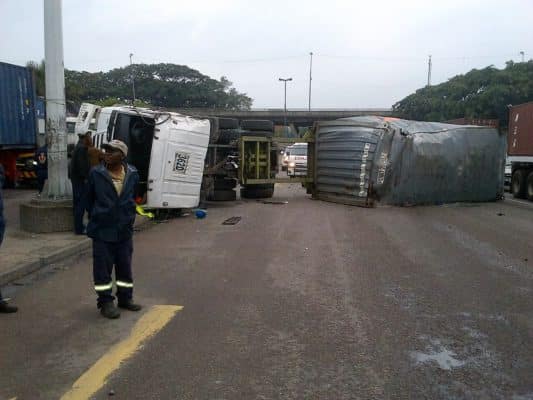 Two injured in truck crash before Edwin Swales in Durban

Two people have sustained moderate injuries after two trucks collided before one overturned on South Coast Road before Edwin Swales in Durban just after 05:30 this morning.

Rescue Care Paramedics arrived on the scene to find that the two trcuks had collided before one had overturned coming to rest on its side. Two people had sustained moderate injuries and were stabilised on scene before being transported to a nearby hospital for the further care that they required.

At this stage the exact cause of the collision is unknown however the necessary authorities were on scene and will be investigating further.

Traffic was severely affected in both directions.