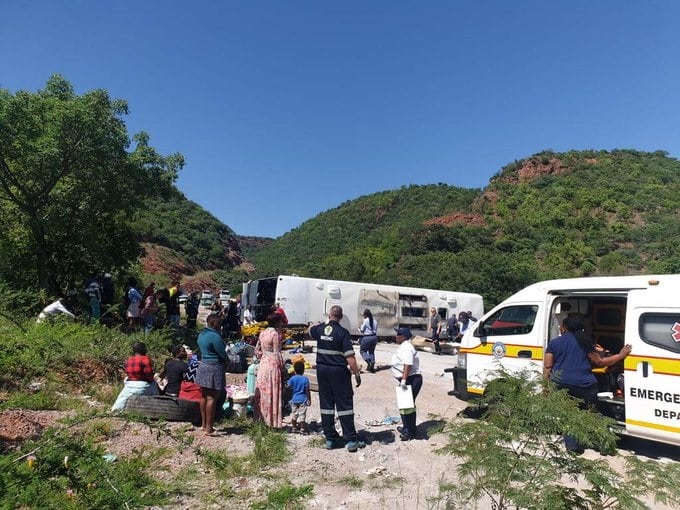 Two people, a man and a woman, have been killed and twenty-two others sustained injuries ranging from minor to serious following a bus collision in Kranspoort, Middelburg this morning.

When ER24 paramedics arrived at the scene shortly after 09H00, they found another medical service at the scene. Upon further assessment, paramedics found a bus lying on its side.

Two people were found with fatal injuries and were declared dead at the scene.

Twenty-two patients were assessed and treated at the scene before being transported to hospital by various medical services at the scene for further medical care.

“Two people were killed on the scene but one of them was counted twice due to the fact that the body got separated from its head,” say Mmusi.

The exact cause of the crash remains unclear but it’s believed driver fatigue could have played a role.

“It is not clear what led as to what led to this crash but for all we know the police are investigating and then we cannot rule out the possibility of fatigue because you’d remember the bus was traveling from Durban for Zimbabwe when the crash occurred,” Mmusi adds.

“She has also insisted that they also need to ensure their vehicles are roadworthy at all times, particularly this festive season and even beyond the holidays.

“She also extended her heartfelt condolences to the affected families and also wished those injured a speedy recovery,” says Mmusi.