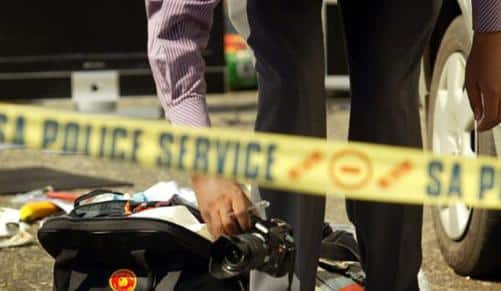 Pietermaritzburg – A man and woman, believed to be in their 60s, were killed when a loose truck trailer smashed into their bakkie on the R103 in Rosetta outside Pietermaritzburg on Sunday, KwaZulu-Natal paramedics said.

ER24 spokesman Russel Meiring said paramedics arrived on the scene and found the wrecked bakkie smashed up against the roadside barrier. On inspection, paramedics found the bodies of a man and woman inside the vehicle.

“Paramedics assessed the man and found that he lay trapped inside the bakkie and showed no signs of life. Unfortunately nothing more could be done for the man and he was declared dead on [the] scene.

“The woman was carefully extricated from the vehicle and assessed. It was found that the woman showed no signs of life,” he said.

Paramedics initiated cardiopulmonary resuscitation (CPR) and advanced life support interventions in an effort to revive the woman. Unfortunately, after some time, no vital signs returned and the woman was declared dead on the scene.

“It is believed that a trailer had come loose from a truck, which rolled down the road and crashed into the bakkie.”

Rescue services later had to use the Jaws of Life to free the dead man from the bakkie. Local authorities were on the scene to investigate, Meiring said.