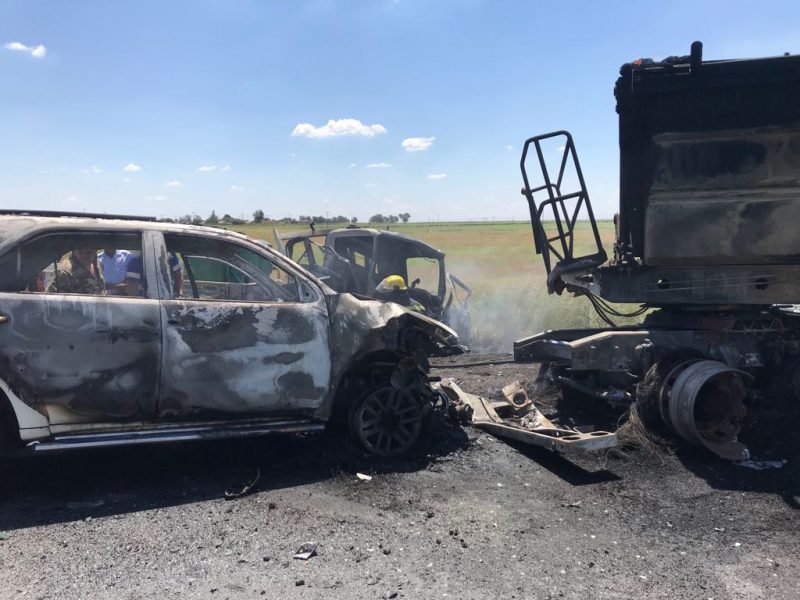 Two people were killed and four others injured on Friday afternoon following a collision between two trucks and an SUV on the R50 in Delmas.

ER24 paramedics arrived on the scene to find the Fire Services already in attendance.

Two trucks and an SUV were found to have collided. All three had caught alight and had already been extinguished by the fire services.

Unfortunately, both patients had already succumbed to their multiple injuries.

Nothing could be done for them and they were declared dead.

Four other patients were found on the scene.

One was found in a critical condition while the three others were found with moderate injuries.

Once treated, the critically injured patient was airlifted by the ER24 Oneplan Helicopter to a nearby private hospital for further treatment.

The remaining patients were transported by ambulance to various hospitals.

The exact details surrounding this incident are not yet known but local authorities were on the scene for further investigations.