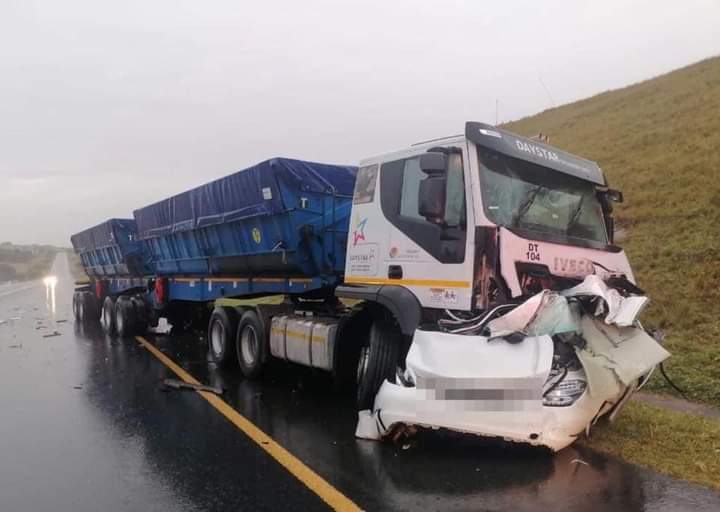 Two people have been killed in a collision between a car and a side tipper truck on the N2 north near Mandeni on Sunday morning.

It is reported that the car, which was traveling towards Durban, lost control, crashed through the centre median and collided with the oncoming truck.

IPSS Medical Rescue reported that two people from the car died on the spot in the high impact collision.

The truck driver survived the crash with minor injuries.

The deceased were cut from the wreckage by Rural Metro Fire and Rescue.

Motorists are urged to reduce speed when driving in wet roads. There has been light showers in the province from Saturday morning causing a lot accidents on KZN roads.

A truck jack-knifed on the N3 east just after Pavilion Mall before Spaghetti Junction yesterday causing a lot of delays.