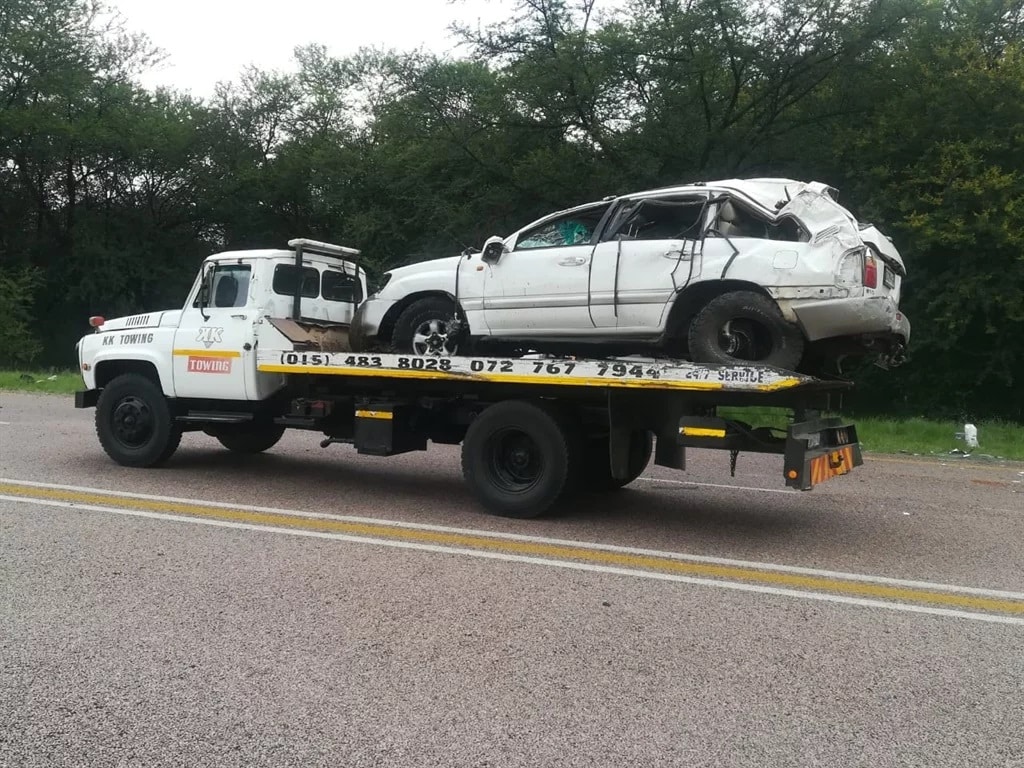 TWO people died while three others sustained serious injuries when two cars crashed on the N1 South near Mokopane town in Limpopo.

The incident happened on Thursday, when the two vehicles, a Toyota Land Cruiser and Toyota Yaris crashed.

On Tuesday night five people died on the same N1 road after a sedan collided with a tanker truck.

According to Limpopo’ police Spokesman Brigadier Motlafela Mojapelo, the driver of Land Cruiser allegedly lost control of the vehicle and it overturned in the process.

The trailer detached and collided with the vehicle coming from behind.

“There were six occupants in the Land Cruiser, a toddler and a 6-year-old child as well as four adults.

The male driver of the Land Cruiser and a woman died on the scene.”

“The 6-year-old child and the two adults were taken to hospital. The toddler did not suffer any injuries. While the three people who were in the other vehicle were also not injured,” he said.

Mojapelo said the cause of the accident that forced the driver to lose control of the car will be determined by the unfolding police investigations.

He further stated that the front right wheel of the Land Cruiser could not be found at the accident scene.