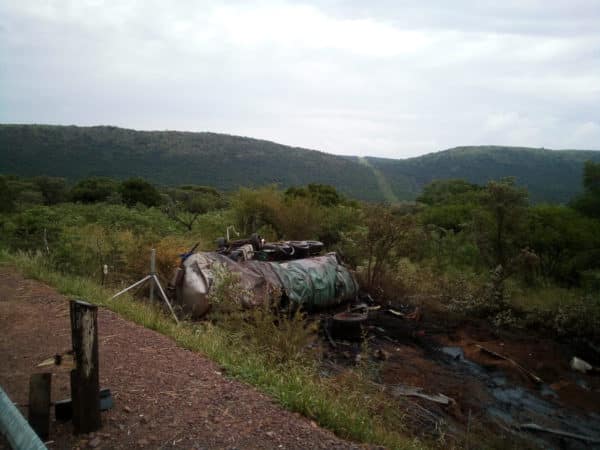 Two people were killed in a truck rollover crash on the N11 Groblersdal Road approximately 40km outside of Middelburg on Sunday morning.

Shortly before 10.30am, paramedics from ER24, Fire Services and Mpumalanga Traffic Services arrived on the scene where they found a tanker truck that overturned several times.

The tanker was lying on the side of the road.

Upon assessment, paramedics found that one of the occupants from the truck was ejected during the rollover.

Sadly, there was nothing that could be done for him and he was declared dead on the scene.

A second occupant was found trapped inside of the cabin. He sustained fatal injuries and was also declared dead on the scene.

Local authorities attended the scene and will conduct an investigation.