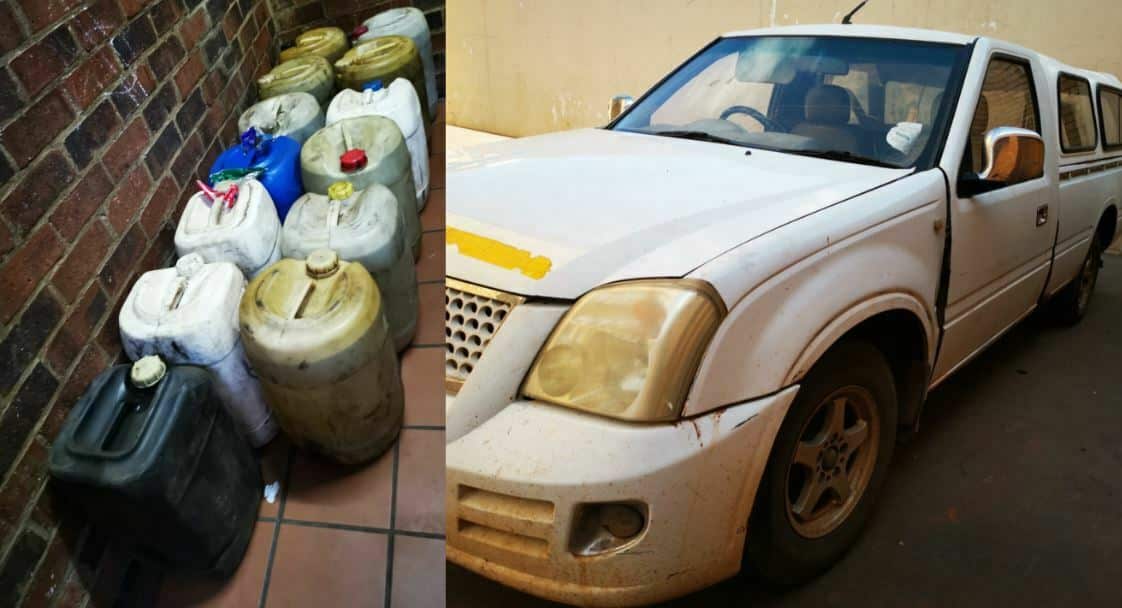 NORTHERN CAPE – On Wednesday, 11 November 2020 two men 29 and 38 of age were arrested by members of the JTG District Flying Squad unit for being in possession of suspected stolen goods in Kuruman at about 17:35.

The members were busy with stop and search operations when they stopped and searched a white GWM bakkie. While searching the bakkie 325 litres of Diesel to the value of R4600-00 was found.

After failing to provide an explanation to the officers as to where did they got the diesel, they were arrested.

Brigadier Hender indicated that members within the JTG District will conduct more stop and searches in an effort to come remove criminals from the community.

The two men will appear before the Kuruman magistrate court soon. SAPS