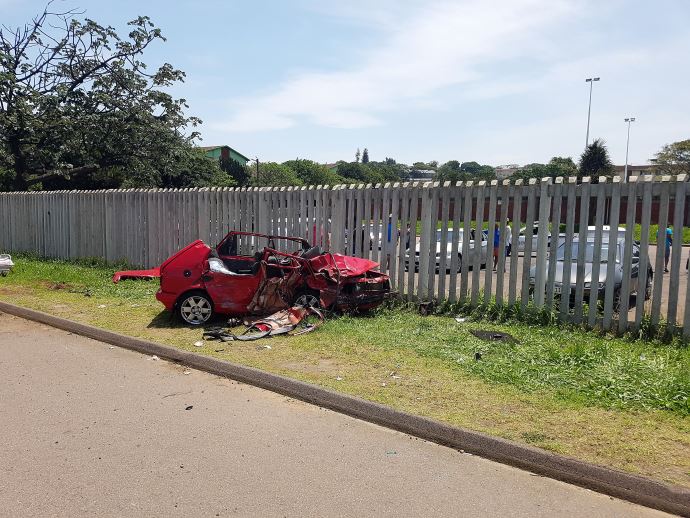 Two young men have been killed and three other have been seriously injured after a serious collision on Tara Road near Engen Refinery just after 11:30am on Thursday.

Rescue Care Paramedics were called to the horrific scene on Tara Road to find total carnage.

Two vehicles had collided in the roadway before coming to rest on the side of the roadway. Three occupants were found to be entrapped in the wreckage and had to be cut free by the Durban Fire Department.

One person had already passed away inside the vehicle, another passenger went into cardiac arrest and despite paramedics attempts to revive him were unsuccessful and he was declared deceased at the scene. Article continues after Ads…

A further three people from both vehicles were stabilised on the scene before being transported by ambulances to various Durban Hospitals for the further care that they required.

At this stage the exact cause of the collision is unknown however SAPS were on the scene and will be investigating further.