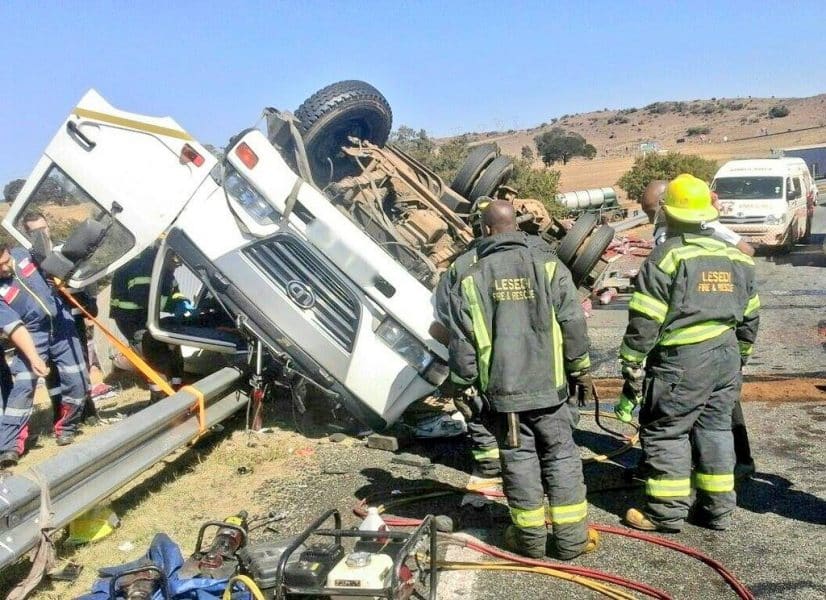 EMER-G-MED’s RV5 and A10 are on the scene of a serious truck crash, where the truck is alleged to have lost control in the bend, overturned and collided with the barrier on the R23 offramp – in Heidelberg.

EMER-G-MED paramedics were dispatched to the scene, arriving minutes later to find the badly damaged truck lying on it’s roof against the barrier.

On assessment paramedics found the driver walking around on the scene, having sustained minor injuries. The two passengers were entrapped in the wreckage, one having sustained moderate injuries and the other in a critical condition.

After approximately an hour one passenger was freed from the vehicle and was further stabilised before being transported to a nearby hospital alongside the driver.

Fire and Rescue alongside paramedics have been working for over two-and-a-half hours to free the second passenger, who is currently in a very critical condition.

The Netcare911 Aeromedical Helicopter has been activated, and is mobile to the scene, to airlift the critically injured passenger once he is freed from the vehicle.

Pretoria – An armed robber escaped after shooting and killing his accomplice…