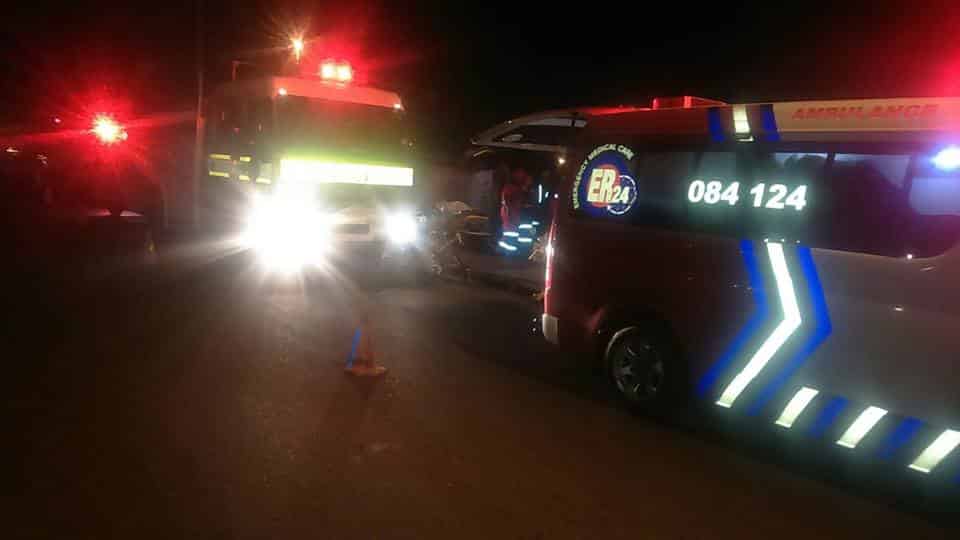 Capetown-A collision between two minibus taxis left eight people injured. The collision occurred on the corner of New Eisleben and Lansdowne road in Phillipi, Cape Town. It is believed that one vehicle lost control,collided with the second causing it to overturn.

ER24 paramedics responded to the scene and on arrival they found the one vehicle on its side. After assessment it was found that all injuries that were sustained ranged from minor to moderate. ER24 treated and transported two patients to Mitchell’s Plein District Hospital for further treatment. The remaining patients were treated and transported by other services.

The cause of the incident remains unknown, local authorities were on scene for further investigations.