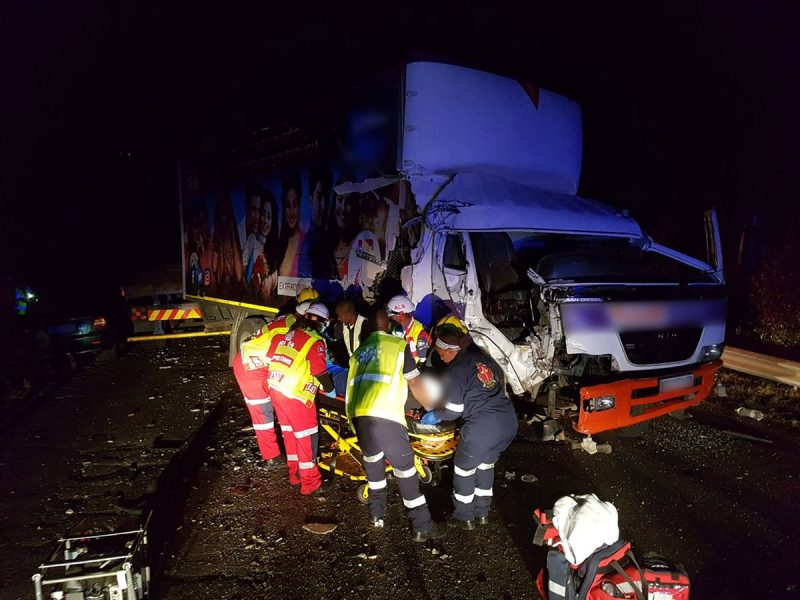 Two trucks and a car collide injuring two in KZN

Two people were injured when two trucks and a car collided with each other on Inchanga Main Road in Inchanga, KwaZulu Natal.

Shortly after 7pm, paramedics from ER24, the local fire department and other services arrived on the scene where they found two trucks and a vehicle that have been involved in a collision.

A 53-year-old man from one of the trucks sustained moderate injuries, which included fractures. He was extricated from the truck’s cabin and transported to Hillcrest Private Hospital for further care.

The driver of the light motor vehicle sustained minor injuries. He was assessed and later transported to RK Khan Hospital.

The driver of the other truck was assessed, but found not to have sustained any injuries.

The exact circumstances surrounding the collision is not yet known. Local authorities attended the scene.