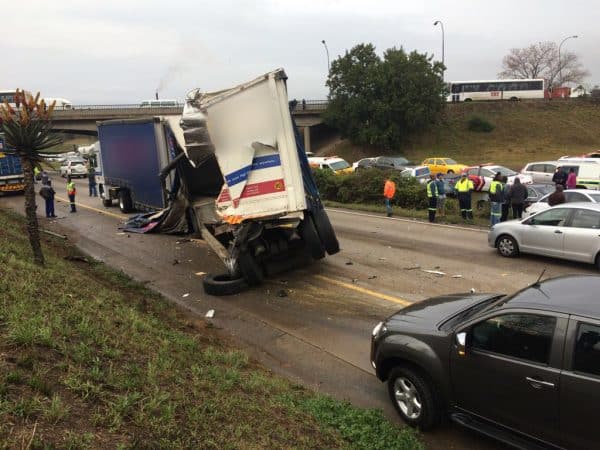 Four people were injured this morning,16/08/2016, including three children, when three trucks and two light motor vehicles collided on the N3 south bound highway near the Ortman Road in Pietermaritzburg.

ER24 paramedics arrived on scene at approximately 07h15 and found three trucks and two light motor vehicles parked on the side of the road. One of the truck-trailers had been completely ripped open in the collision.

On inspection, paramedics discovered a woman and her three children, aged between 7 and 10, seated inside one of the light motor vehicles.

Paramedics assessed the four and found that they had sustained only minor injuries. Fortunately, no other injuries were reported on the scene.

Paramedics treated the patients and thereafter transported them to a nearby hospital for further treatment.