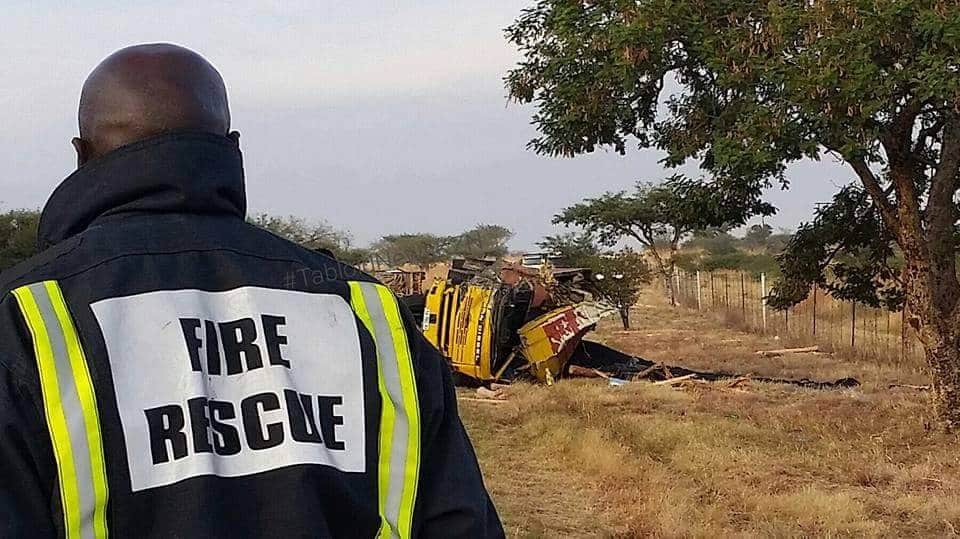 Two trucks collide killing one driver and seriously injuring the other

On Thursday morning there was a collision on R103 in the Estcourt area in KZN Midlands between a two trucks.

One person believed to be the driver of the other truck died at the scene before the rescue could arrive and the other driver sustained serious injuries but was stabilised and taken to hospital.

The accident happened on a curve suggesting either of the two trucks encroached to the other’s lane.

Traffic officials were at the scene for further investigations.