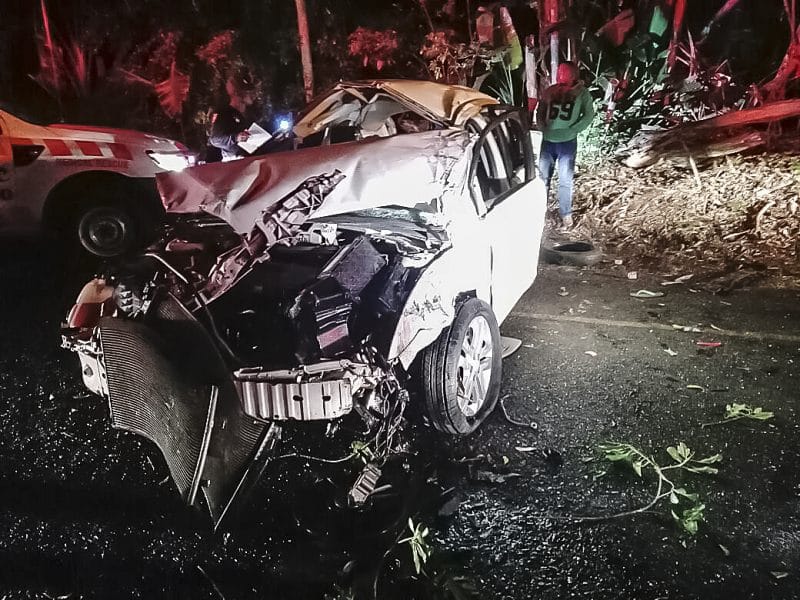 At 19h29 on Tuesday evening Netcare 911 paramedics responded to a collision between two vehicles along Ruthman Drive Umtentweni on the Natal south Coast. Exact detail to the cause of the crash is still speculative and will form part of the South African Police investigation. Netcare 911 arrived at the scene and found accident debris and the twisted frames of the vehicles consistent with that of a high impact collision spread over a large area. After triaging the injured they found that a female passenger from the white vehicle had been ejected and tragically died before their arrival.

A man and a woman were found to have sustained serious injuries while one man miraculously escaped with minor injuries. Medics stabilised the injured at the scene before they transported them to a hospital in Port Shepstone for the care that they required.

After seemingly suffering a heart attack, he died behind the wheel after…