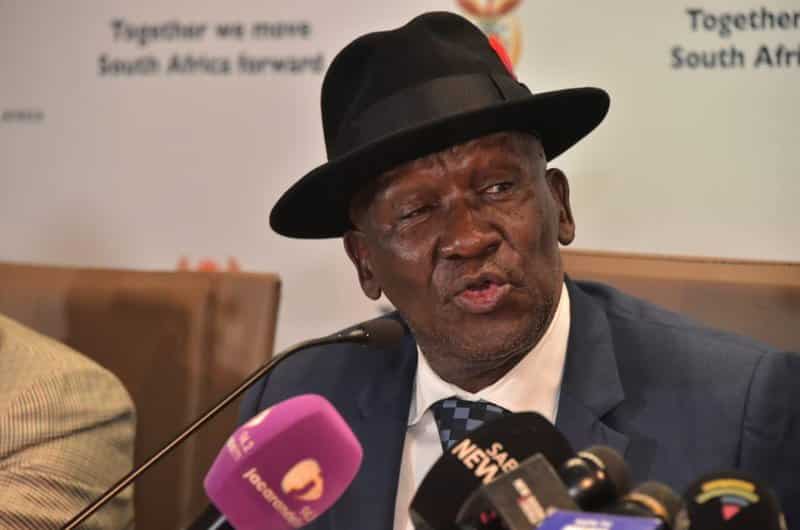 The country’s security cluster met on Wednesday, to set out rules and regulations to guide the public during the lockdown which starts on Thursday 26 March 2020 at 23h59.

Failure to follow the rules and regulations as set out by Police Minister Bheki Cele would result in offenders being fined or thrown in jail for at least 6 months.

READ: Cele clarifies: No jogging, no walking the dog

Finding yourself still unsure about any rule laid out by Minister Bheki Cele? Listen to the minister interviewed by Martin Bester on Jacaranda FM on 26 March 2020 at 06h00.

The situation is abnormal. I would encourage wherever the child is, to stay with that particular parent unless it is essential for the child to move for medical reasons.

Two people have been arrested in Kwa-Zulu Natal. They deliberately moved around when they knew they were positive. They were charged with attempted murder.

WORKING WITHOUT A PERMIT AS AN ESSENTIAL WORKER:

We have requested the employers of those essential workers to give the police proof of the reason why they are traveling. We trust someone’s word but if you abuse the trust, there will be a problem.

LEAVING THE HOUSE FOR FOOD PROTOCOL:

You leave the house for essentials. Not a new fridge. You are also allowed to visit the pharmacy. Once again we will take your word but if abused there will be repercussions.

ARE YOU ALLOWED TO JOG IN A PRIVATE ESTATE?

We should not punish people but citizens should understand that the rules are in place for their benefit. You should avoid any form of contact with anyone, be responsible.

LAW AROUND NO SALE OF ALCOHOL

After midnight you cannot transport alcohol.

It will be a criminal offence to carry any form of alcohol after Friday morning at midnight.

Listen to the full conversation between Martin Bester and the Police Minister.

In a clear manifestation of the genuine love for the Scania brand,…