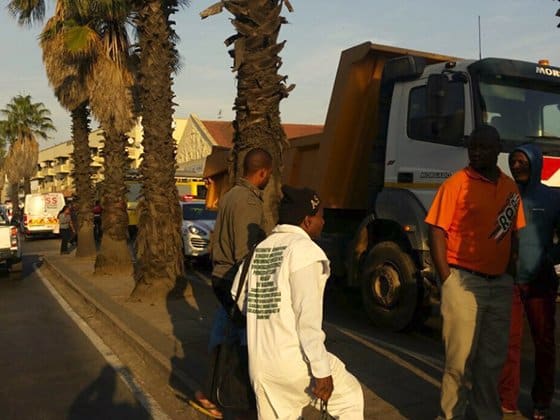 The death toll from this morning’s pedestrian accident in Tongaat has increased to three.

A woman and teenage girl thought to be her daughter were hit by a tipper truck near a taxi rank in the CBD this morning.

It’s understood they had been trying to cross the road when the were knocked over by the truck.

IPSS Medical Rescue’s Paul Herbst says another body of a baby has since been found.

“Unfortunately, the trauma and deformity was so severe on the bodies – they were classified as dead. Later what was revealed is that underneath mom was a third victim – a baby that was found by the mortuary services,” he said.

Authorities are investigating the exact circumstances around the accident.