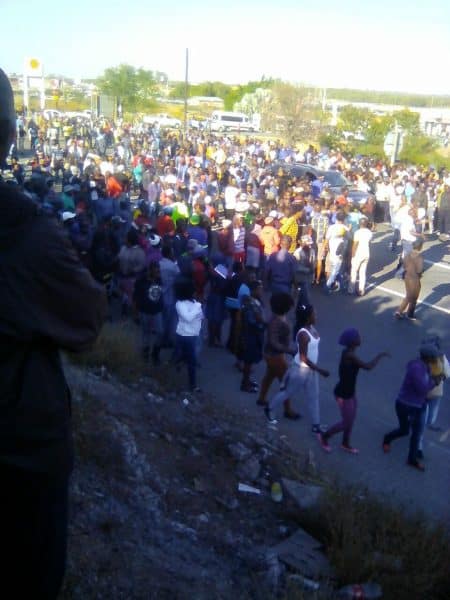 The post has been shared by 0 people.
Facebook 0
Twitter 0
Pinterest 0
Mail 0
The Beitbridge border post has been closed amid imports restriction protests.
In a breaking news story, thousands of people including Zimbabweans and business people from South Africa blocked the border post in protest of the implementation of statutory instrument number 64 of 2016 (IS).

The IS removes a host of products from open imports and requires importers to get an import permit to bring them into Zimbabwe.

In mid June, the Zimbabwean government gazetted stringent regulations meant to control the importation of goods that were available locally under Statutory Instrument 64 of 2016.

Earlier reports say commercial cargo has been stuck at Beitbridge Border Post for the past seven days as importers struggle to get permits to ship goods that are restricted from Open General Import Licence under Statutory Instrument (SI) number 64 of 2016.

Several trucks are stuck on the South African side since the Zimbabwe side has no adequate space to accommodate them. Under normal circumstances, the trucks proceed to Zimbabwean when the customs clearance of the cargo has been completed.