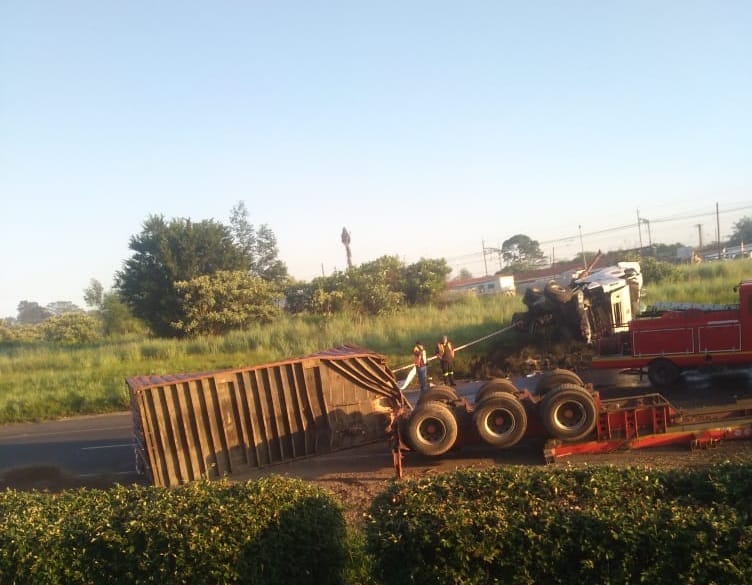 Durban – Traffic officials have confirmed that both truck drivers died in the head-on collision on N3 near Howick this morning.

KZN Road Traffic Inspectorate spokesperson Zinhle Mngomezulu said that both truck drivers were entrapped in their trucks after the collision.

Mngomezulu confirmed a report by SA Trucker earlier that a truck heading towards Gauteng allegedly veered off the road. The truck crossed the centre median and veered into the oncoming lane where it slammed head-on with a truck travelling towards Durban.

“We are not sure what caused the driver to lose control of the vehicle. Both drivers were entrapped inside the trucks. One of the trucks caught alight. Eventually, both trucks were on fire. Police will investigate the circumstances around the incident,” she said.

He said the exact circumstances leading up to the crash unknown.

N3 Toll Concession spokesperson Anita Heyl said both trucks caught alight. She said the fire was extinguished but the road was closed to traffic while the removal of the trucks took place.

Traffic was diverted via R103 at the Howick South/Underberg interchange.

Road users are warned to continue to expect traffic delays.