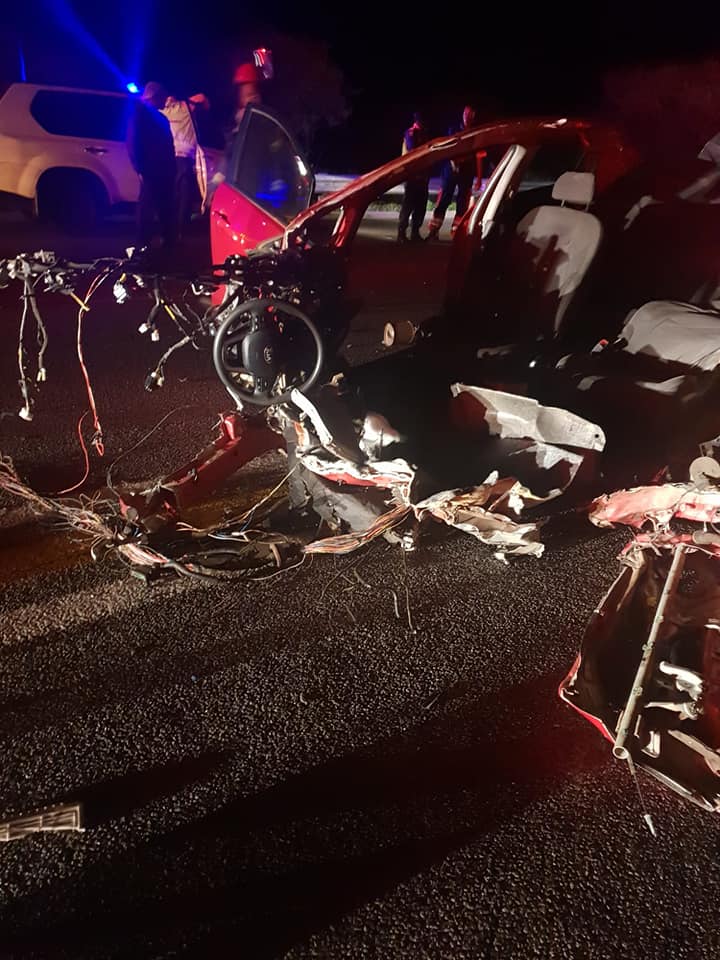 One more person has succumbed to his injuries in hospital following an accident between a petrol tanker and a Kia Picanto on N1 near Polokwane on Tuesday night just before 20h30.

This brings the death toll to five, four people from the car died on the scene as earlier reported by SA Trucker.

“Four people died at the scene and the fifth one later succumbed to injuries in hospital this morning, after midnight,” Brigadier Motlafela Mojapelo said in a statement.

Mojapelo said all the victims were travelling in the car.

“The driver of the petrol tanker, which caught fire after the collision and partially burned, was taken to hospital. He was alone in the vehicle.”

The truck fire was put off before it could reach the tanker.

Mojapelo said it was believed that the car, which was northbound, had veered into the opposite lane and collided with the tanker which was travelling south.

Police will conduct further investigations to establish the exact circumstances of the accident, according to Mojapelo.

A case of culpable homicide had been opened.

Police were also still trying to identify those who died, in order to notify their next of kin.

This website uses cookies to improve your experience while you navigate through the website. Out of these, the cookies that are categorized as necessary are stored on your browser as they are essential for the working of basic functionalities of the website. We also use third-party cookies that help us analyze and understand how you use this website. These cookies will be stored in your browser only with your consent. You also have the option to opt-out of these cookies. But opting out of some of these cookies may affect your browsing experience.
Necessary Always Enabled
Necessary cookies are absolutely essential for the website to function properly. These cookies ensure basic functionalities and security features of the website, anonymously.
Functional
Functional cookies help to perform certain functionalities like sharing the content of the website on social media platforms, collect feedbacks, and other third-party features.
Performance
Performance cookies are used to understand and analyze the key performance indexes of the website which helps in delivering a better user experience for the visitors.
Analytics
Analytical cookies are used to understand how visitors interact with the website. These cookies help provide information on metrics the number of visitors, bounce rate, traffic source, etc.
Advertisement
Advertisement cookies are used to provide visitors with relevant ads and marketing campaigns. These cookies track visitors across websites and collect information to provide customized ads.
Others
Other uncategorized cookies are those that are being analyzed and have not been classified into a category as yet.
SAVE & ACCEPT
Total
31
Share
31
0
0
0
0