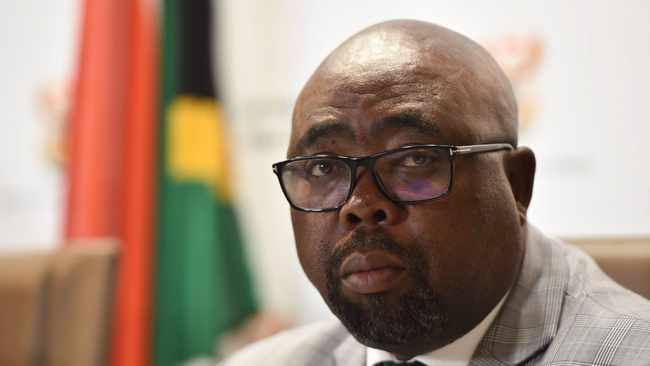 Update on Government’s Meeting With Truck Owners And Unemployed Drivers

The government has expressed its commitment to speed up policy changes to address complaints by local truck drivers and truck owners regarding the employment of foreign nationals.

After promising to meet up with drivers and employers two weeks ago, the meeting took finally took place.

“Two weeks ago, the government promised to meet the aggrieved truckers and “representatives” of unemployed drivers who ostensibly complained about foreign nationals who are taking up their work opportunities and lack of strict regulation in this industry within the country,” read a statement jointly made by the Department of Home Affairs and Department of Employment and Labour.

“In a meeting that lasted well into the night, the Ministers of Employment and Labour, and Home Affairs and Deputy Minister of Police, Transport MECs of the various Provinces, officials of the Department of Transport, and other affected departments, committed to speed up policy changes to address some of the issues that had been raised.”

Home Affairs is ensuring that the border management is strengthened to weed out undocumented drivers and others.

Minister Thulas Nxesi acknowledged the concerns of trucking and other industries problems with regard to the employment of foreign nationals.

Further, he noted the various initiatives and meetings held to try and resolve ongoing challenges concerning:

“However, I would like to appeal to those who feel aggrieved to desist from intimidation, road disruptions, undermining of existing laws and structures. We made a promise to meet the industry and we are committed to ensuring that a workable solution is found through legislation and other means. We also encouraged that existing Forums at National and Provincial levels take the opportunity to find solutions,” said Minister Nxesi.

This was echoed by Home Affairs Minister Pakishe Motsoaledi, who assured the industry that the Border Management Authority (BMA) is now set up and will be engaging the Trucking sector.

“In the next few weeks, there will be far-reaching leadership and policy interventions by BMA as well as a number of initiatives that we have been involved in to resolve issues around this matter. South Africans should expect a big difference going forward,” said Minister Motsoaledi.

The Transport department is addressing licensing and other issues including:

The government further committed to doing a scan of migration and transport legislation from neighbouring countries impacting negatively on RSA drivers as well as implementing tough measures against employers who continue to employ people without proper documentation.

“Government prides itself in providing information in an open and transparent manner. We will continue to consult and involve all relevant parties as we continue to resolve this matter,” said Minister Nxesi.