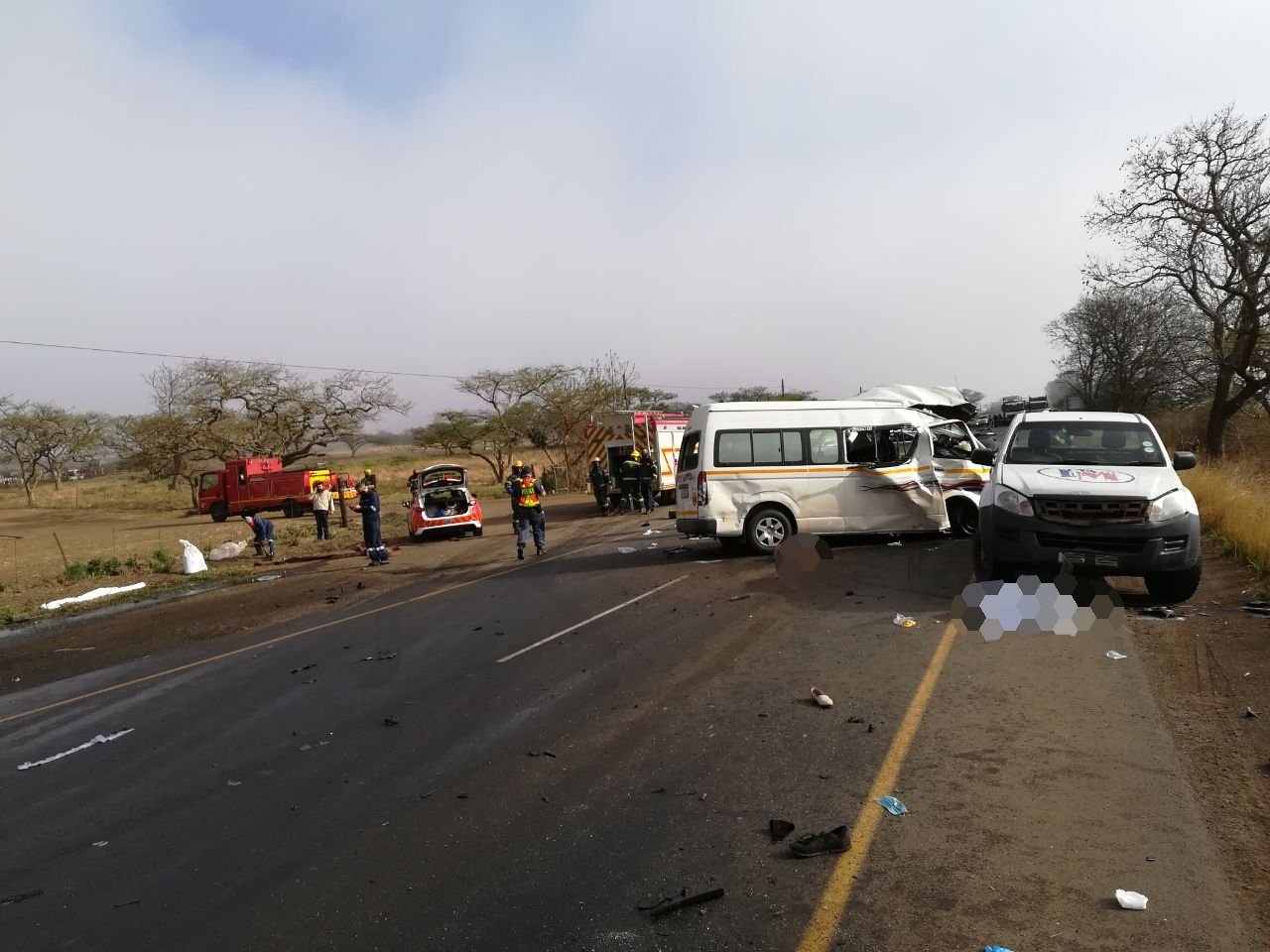 KwaZulu-Natal police are searching for a tanker truck driver whose truck collided head-on with a taxi on the R33 after he fled the scene.

He fled the scene of Tuesday morning’s fatal crash that has claimed the lives of at least 12 people.

It is alleged that the fuel tanker crashed into a minibus taxi after the driver failed to stop at a crossing.

The fatal accident happened on the intersection of R33 and R614.

Several people have been injured and have been rescued from the wreckage.

Just in: 12 people killed in petrol tanker and taxi head-on crash in KZN

The police’s Thembeka Mbele: “A truck driver who failed to stop at a stop sign fled the scene and is still being sought by police. Cases of culpable homicide, reckless and negligent driving as well as failure to stop after an accident have been opened for investigation.”

KZN police are looking for the tanker truck driver involved in the fatal crash with a minibus taxi after he fled the scene https://t.co/pJQSQpqTn6 pic.twitter.com/nvxfhmdjcr

Two bus drivers from Injabulo Bus Company, who are also brothers, have…