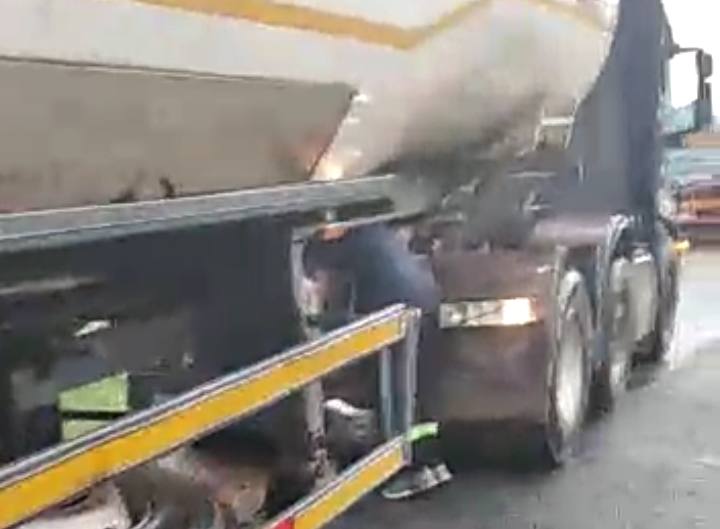 A truck driver has died a horrific death in Mozambique after he got trapped between his truck and trailer chassis.

Some truckers who got to the scene first, filmed the lifeless body of the trucker pinned between the truck’s chassis and the trailer.

The position of body suggest the man was trying to fix something on the truck when disaster struck.

It remains a mystery how the man ended up losing his life. SA Trucker will update this article when more information becomes available.

Warning: Some viewers may find the following video upsetting

Watch: Impatient trucker gets all 26 tyres punctured in moment of madness

Watch: Truck caught on camera capsizing due to load shift