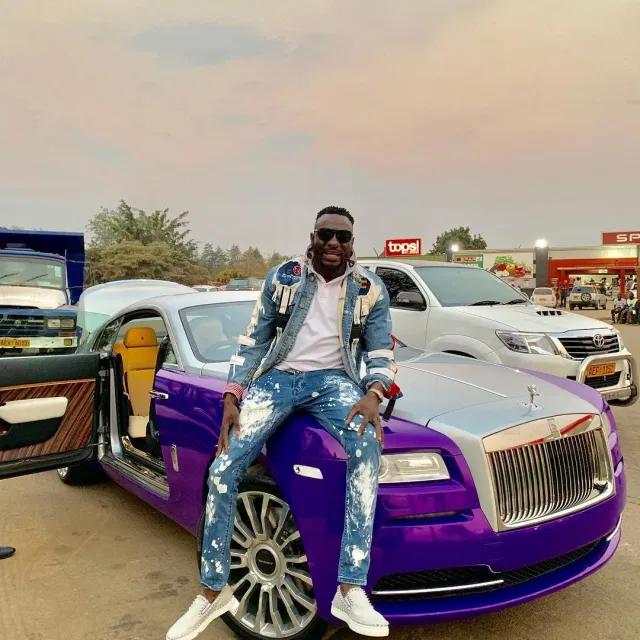 A popular Zim socialite and businessman, Genius ‘Ginimbi Kadungure’ died in a head-on car crash in Harare on Sunday morning.

Ginimbi was wellknown in South Africa where he operated his company, Pioneer Gas which supplied gas products to surrounding countries.

In social circles, Ginimbi was known for his all white parties which featured the likes of Roland Muchegwa and some very beautiful young South African girls.
Zim former minister Saviour Kasukuwere also confirmed Ginimbi’s death from his secret base.

“This is unbearable. A young man who worked hard and enjoyed hard is no more! The flower has wilted! Go well Boss Ginimbi. MHDSRIP,” said Kasukuwere.

Sources say Ginimbi was speeding when he crashed and was thrown out of the vehicle, which later burst into flames. He is the owner of Pioneer Gas and PIKO Group.

A relative told the media this morning that the businessman had two other passengers in his car who were “burnt beyond recognition”.

Their identities could not be readily established.

Kadungure, according to the relative, managed to exit the car soon after the crash but died immediately.

The crash happened along a curve just before Hatcliff suburb on the road to Domboshava. The businessman owned a mansion in the peri-urban settlement.

Witnesses say he was speeding.

The driver of the Honda Fit car that got involved in the accident with Ginimbi survived the crash but is said to be in shock.

His death follows that of his mother just a few months ago.

It all comes to this! You struggle, make it, get rich then you are taken from the face of the earth.. go well Ginimbi.. life is all but vanity pic.twitter.com/GHrVbBNbFW