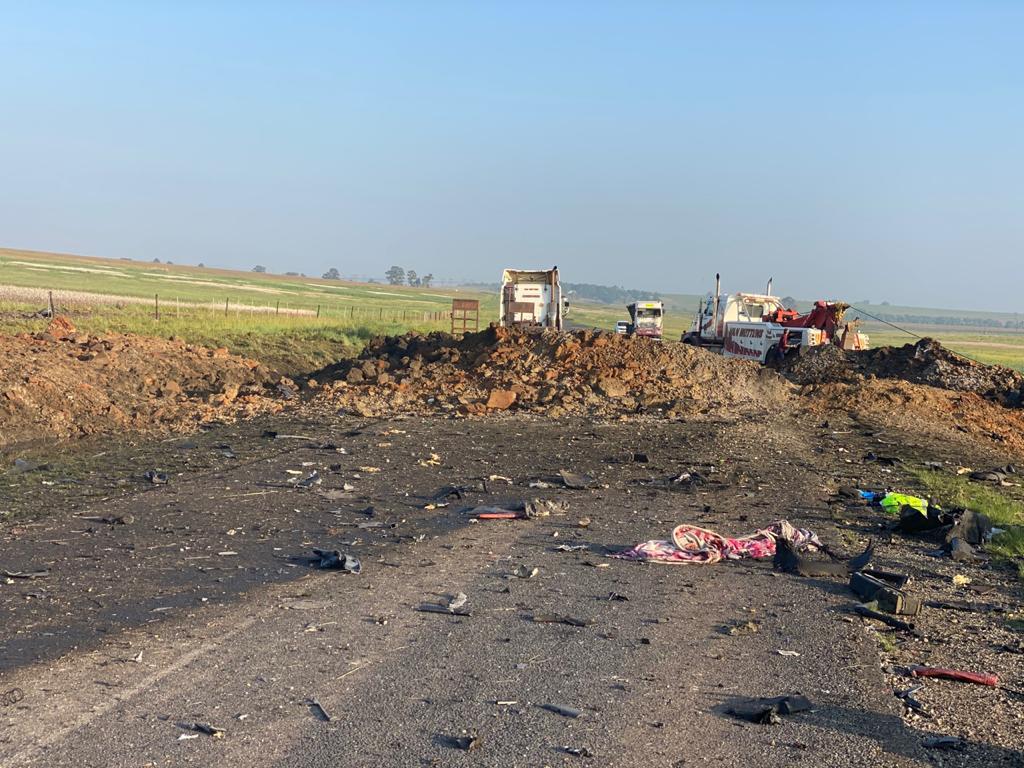 R50 road between Leslie and Delmas is closed to traffic following a massive explosion which left a huge crater across the road. A truck transporting explosives caught fire and exploded causing a tremour that was felt up in a radius of over 40km on Thursday 12 November 2020.

Video footage of the truck explosion was sent to SA Trucker, filmed by a woman who was caught up in the traffic as the truck burned, just before exploding.

In the video, the truck can be seen well alight from few metres away as the woman reluctantly film it.

A massive explosion then occurs which sends the woman taking the video to the ground and loses her cellphone.

The cellphone continues filming showing fragments from the explosion coming down from the sky.

The explosion caused a tremour that was felt in Leandra, Evander, Trichardt, Secunda, and even as far as Bethal.

The incident happened at about 9.50pm.

According to the Secunda 911 group, the vehicle caught fire about 15km outside Leandra.

It is still unclear what caused the truck to catch fire and explode.

Pictures of the aftermath of the explosion show a huge crater that cuts across the whole road.

This is a developing story, information about casualties will be updated when it becomes available.

No bail for five ATDF men who torched truck in KZN

Cash-in-transit robbers run into the wild