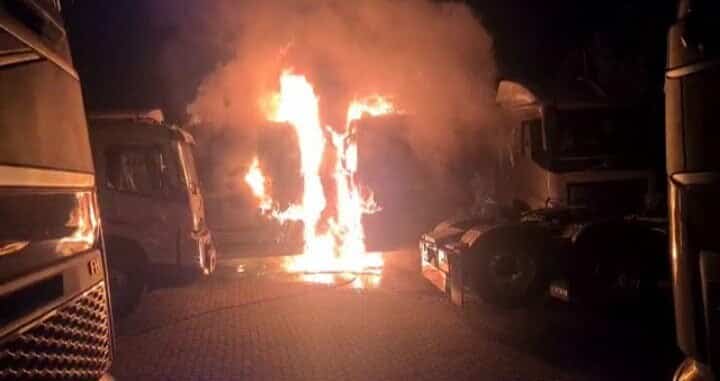 The motive of the attack is not known but links with the ongoing protests against the imprisonment of former president Jacob Zuma cannot be ruled out.

Watch the video of the burning trucks below. This is a developing story, article will be updated when more information becomes available. Update below;

It was not known whether the criminals managed to get into the premises to cause the damage or whether they threw the petrol bombs at the trucks from across the fence, Fleetwatch reported.

When SA Trucker posted this story, Volvo Trucks South Africa personnel were busy moving other truck tractors away from the burning ones.

These FHs were recently launched onto the South African market and had just arrived on our shores.

Durban – Tens of thousands of holidaymakers are expected to head to…