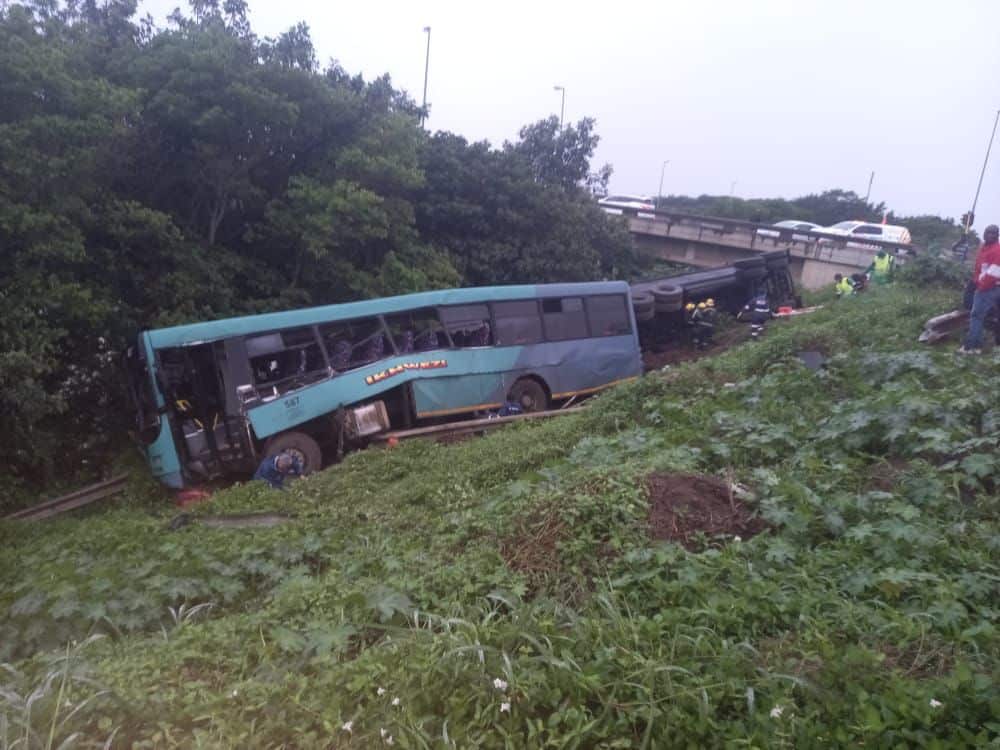 Two people have been killed and several others injured when a truck and a bus collided on the R34 John Ross Highway at the eSikhawini intersection this Monday morning, October 4th.

When emergency services arrived they found that a truck and bus had collided, causing both vehicles to leave the highway and go down an embankment.

Sadly 2 patients had sustained fatal injuries and succumbed to their injuries before emergency services arrived.

The patients were treated on scene before being transported to hospital for further treatment.

The cause of the collision is not known but authorities are investigating.

Fatal crash involving a truck and a bus on R34 John Ross Highway at the Esikhawini intersectionhttps://t.co/EtLyhkNxNd pic.twitter.com/d67NHL1mOU